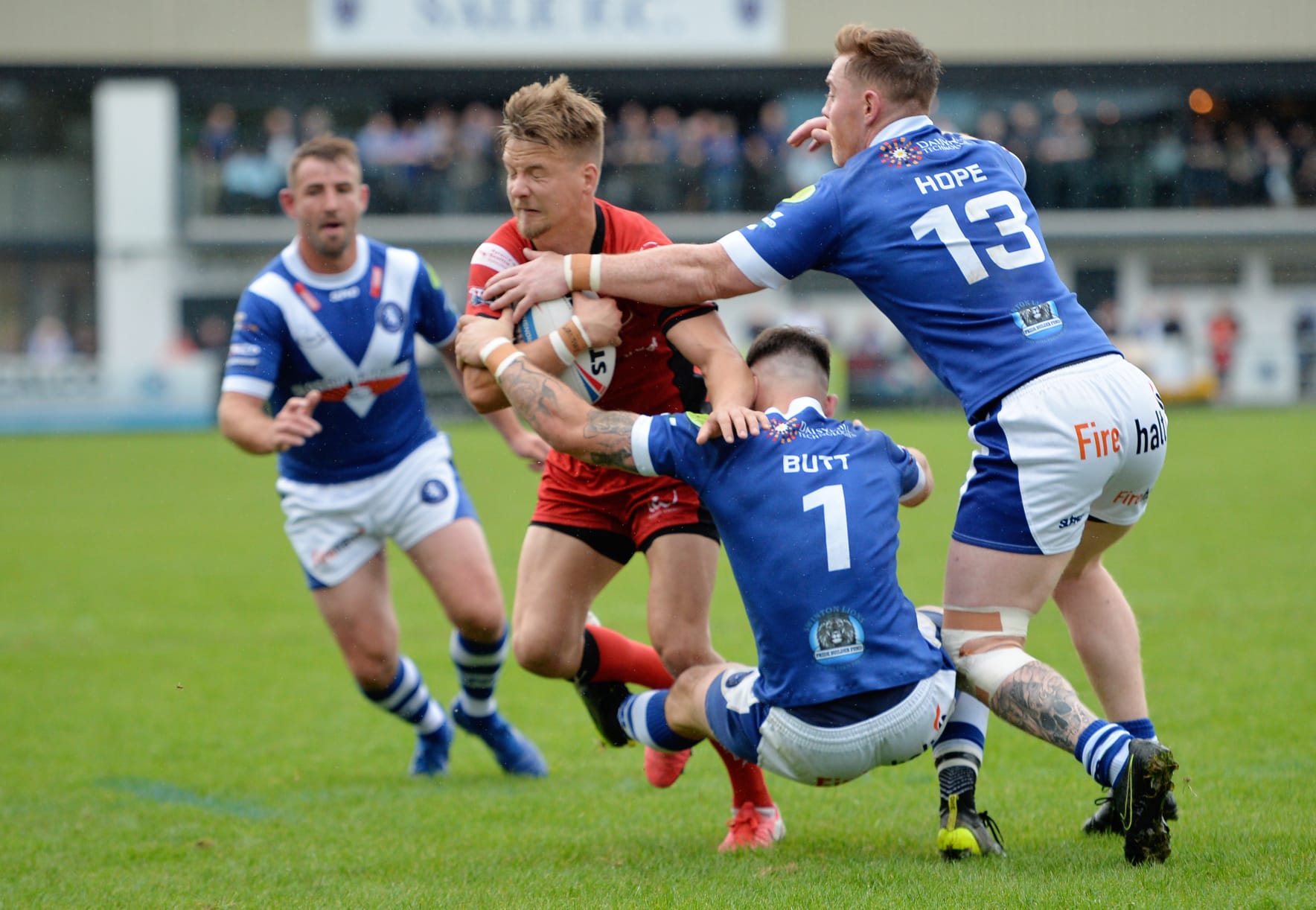 Widnes made four changes from last week’s 17-man squad as Matt Cook returned for the final game of his playing career alongside Jayden Hatton, Lewis Else and Aiden Roden while Danny Craven, Connor Aspey, Shane Grady and Owen Farnworth missed out.

There was a minute’s silence before the game and a minute’s applause on 23 minutes for former player Liam Walsh who tragically passed away last night aged 23.

Geronimo Doyle got the hosts ahead on 24 minutes after an even start to proceedings, with both sides going close before Swinton broke the deadlock.

Widnes pulled one back just a couple of minutes later after making the most of a penalty on halfway to send Adam Lawton over the line from a couple of metres out. Owens’ kick put the Vikings a couple of points ahead after Swinton had missed their chance to convert.

The Vikings extended their lead on the half-hour mark after Tyrer dropped an offload which Owens was wise to before the Vikings were able to send Cross over the line out wide to make the scores 4-10.

Widnes added another on the stroke of half time when Adam Lawton’s offload sent Tyrer flying over for a half-time score of 4-14.

Mitch Cox took advantage of an even start to the second period when finding a hole in the Widnes line to pull one back for the Lions on 47 minutes.

The Vikings extended their lead to 10 when Hatton was sent over after Paul Clough broke the line and almost got in for a try on his final appearance, but it was played out to the winger who gratefully put it down.

Lewis Hulme got in on the act on the hour mark when Widnes made the most of a penalty for Swinton interfering with the play-the-ball on halfway to make the scores 10-26.

Swinton pulled one back late on when Reece Hamlett found space out wide to reduce the deficit, but Widnes ultimately came away victorious on their final run-out of the season.