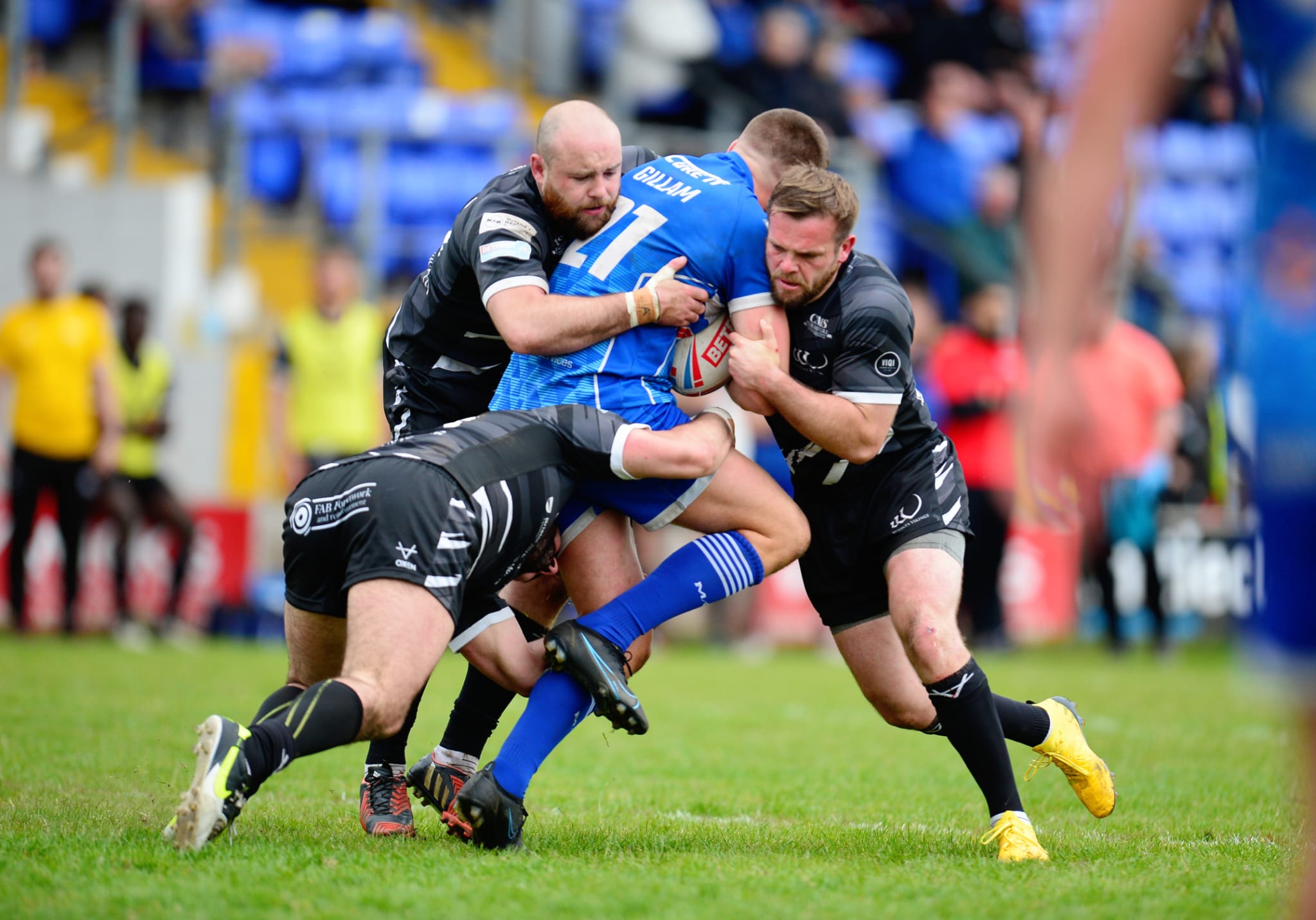 Barrow Raiders defeated Widnes Vikings by 44 points to four at the Matt Johnson Prestige Stadium in Round 14 of the Betfred Championship.

The Vikings made four changes to the 17 which faced Bradford on Thursday as Matt Fleming returned from injury along with Brad Holroyd, Lewis Hulme and Will Tilleke all entering the squad in the places of Jake Spedding, Kenny Baker, Liam Bent and the injured Ste Tyrer.

Widnes got in front 17 minutes into the contest, capitalising on a 40/20 from Matty Smith to send Ryan Ince flying over in the corner.

Barrow pulled one back just three minutes later, Tee Ritson breaking the line before running 40 metres to put down under the sticks with Jake Carter’s conversion edging the hosts in front.

Aaron Brown showed nice feet to break the Barrow line and put the ball down over the line for Widnes with 10 until the break, but play was pulled back for a forward pass in the lead-up.

The Raiders immediately went up the other end and extended their lead through halfback Jarrod Sammut.

Barrow edged further in front five minutes from the break, Jarrad Stack powering through to carry a couple of Widnes men over the line and put down.

The hosts compounded Widnes’ misery with two tries in the opening ten minutes of the second period, Jarrod Sammut scoring his second and Ellis Gillam adding another to take Barrow to 30 points.

Further tries from Tee Ritson and Matty Costello took the Raiders to 40 after 64 minutes, before Dan Toal wrapped up the contest with another three from time to end the scores at 44-4.