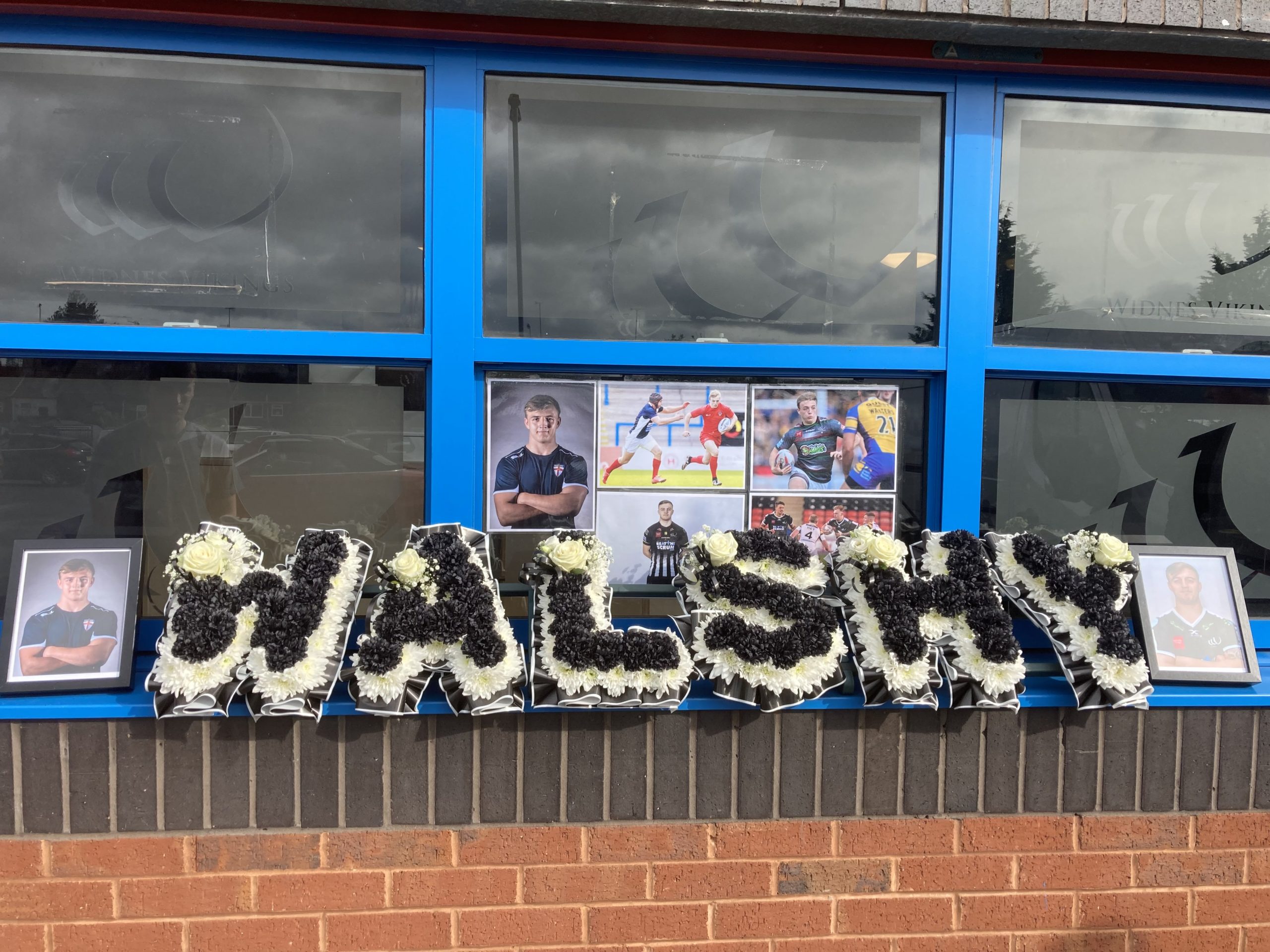 Widnes Vikings will be holding a memorial at the DCBL Stadium this week for supporters, friends, family and loved ones to remember former player Liam Walsh, who tragically passed away at the age of 23 over the weekend.

We have been overwhelmed by the amount of messages we have received from the Rugby League community about Liam, and following on from this we will be providing an area for people to come together and remember him.

Outside our Ticket Window, a floral display will appear along with images of Liam from his time with Widnes Vikings – with those visiting the memorial encouraged to add to this image display.

A book of condolences will be open and available for all to contribute to, simply knock on the Ticket Window and ask a member of staff for more information.

Liam was a product of the club’s Academy, joining the Vikings at the age of 14 and progressing through every stage of the pathway, gaining international honours along the way.

He made his breakthrough in 2017, realising a life-long dream of representing his hometown club when he made his debut for Widnes in a Super League fixture away to Leeds Rhinos.

Liam’s junior rugby league was played with Halton Farnworth Hornets, who he returned to following his departure from the Vikings at the end of the 2019 season.

His passing has left the entire local community in shock, as his infectious personality left a lasting mark on all of those who were lucky enough to have spent time in his presence.

For those wishing to add photographs to the memorial, either bring the image with you or these can be sent to tomc@widnesvikings.co.uk, and they will be printed off and laminated to be placed on the wall.

All are welcome to come and remember Liam, and are welcome to add to the images displayed and the floral arrangement, as well as our book of condolences.

We would like to invite anyone who was part of Liam’s life including those at the Hornets, as well as his school, Saints Peter and Paul Catholic High School, and his workplace, OM Contractors, and anyone who came across Liam during his time with the Vikings to come along and remember Liam in a place for all to pay their respects.

Liam’s friends and family have arranged a GoFundMe page to help his family give him the best send-off possible, and we kindly ask those who are able to donate to support this cause.

In order to give as many people as possible the opportunity to add to the memorial for Liam, we will ensure that a member of staff is present during office hours after 10am each weekday from today and will stay until 8pm for those wishing to come and visit after work.

We will give a further update later this week on the hours office staff will be available at the weekend.