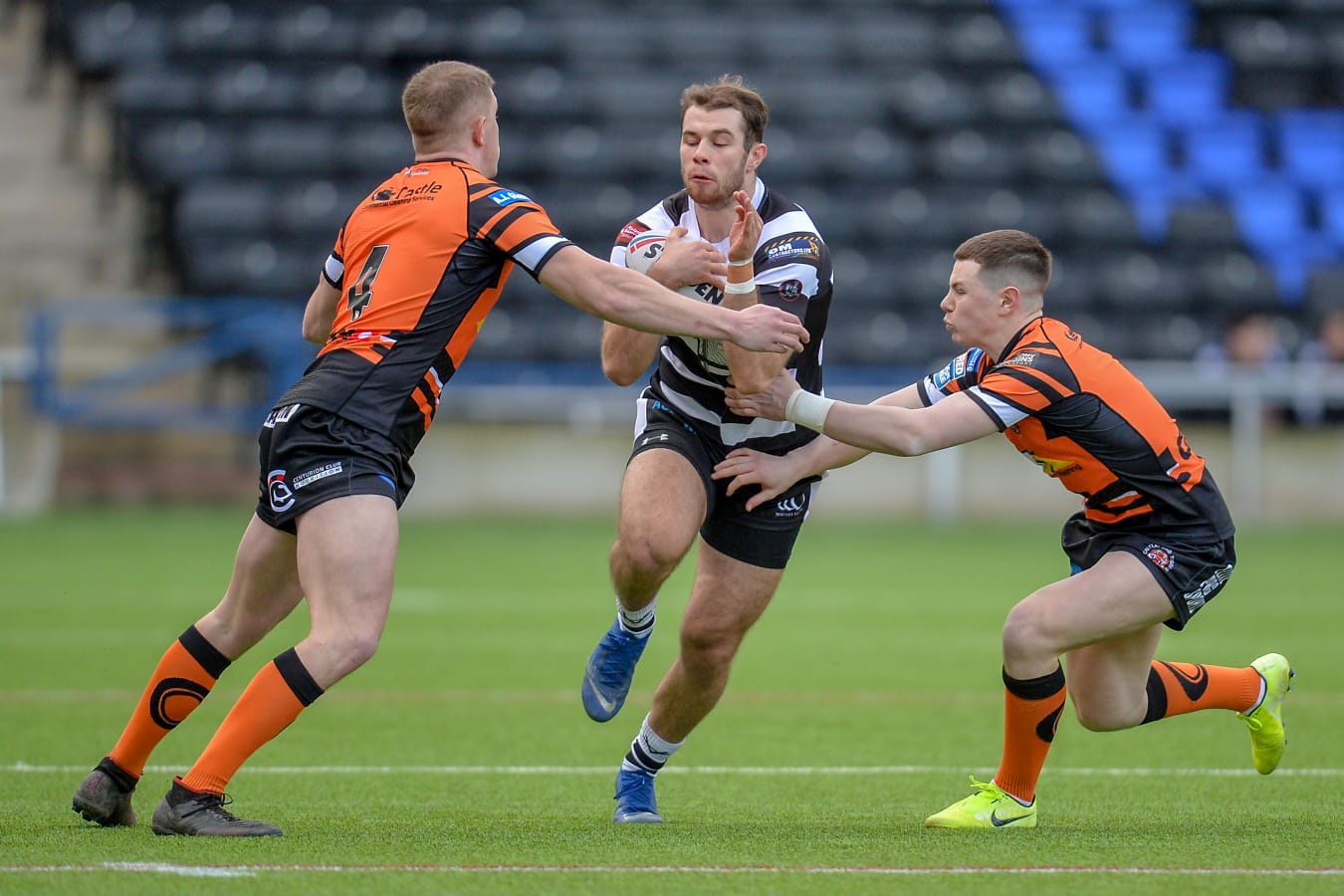 Widnes Vikings are delighted to announce that Jayden Hatton has signed a new one-year deal with the club ahead of the 2021 season.

Jayden is a product of the club’s Academy, having started his journey as part of the Widnes Vikings Development Squad before working his way through every stage of the youth pathway into the First Team squad.

Impressive displays for the Vikings Academy during the 2019 season saw him make his First Team debut away at York City Knights on Easter Monday, starting the game at centre.

Jayden then went on to make the wing spot his own in the latter stages of the season, as the former Wade Deacon student and Halton Farnworth Hornets junior earned a starting spot in the club’s first Wembley outing for 26 years.

Hatton’s breakthrough season ended with the youngster being crowned as the club’s Young Player of the Year, finishing the campaign with nine tries in 14 appearances – which included his first senior hat-trick against Featherstone Rovers.

In 2020, Jayden was a standout performer in the club’s Reserves as he took up the role of captain and scored four tries in four fixtures, including an outstanding hat-trick against Super League outfit Wakefield Trinity.

His versatility makes the 20-year-old a valuable asset for the club moving forward, as he has featured at fullback, wing, centre and second row already in his career.

On signing a new deal with his hometown club in 2021, Jayden Hatton commented, “It feels really good to once again commit to Widnes, I feel really comfortable here and enjoy playing here.

“The reason I committed to the Vikings was the fact that it’s my hometown club and that I want help get the club back into Super League where it belongs.

“My aim is to cement a place in the First Team for 2021. I’m confident in my own ability and know what I can do. I’ve showed what I can do in previous games and in my performances for the Reserves in 2020, so I hope to transfer this to the first team next season.

“Wherever I’m picked to play I’m confident I can do the job, even if it’s not my favourite position I’m willing to give it a crack and give my best efforts which I think will stand me in good stead for selection.

“This period has come with its problems but also its positives. I’ve been working really hard on my hamstring to make sure it’s good to go and feel I’ve increased a lot in muscle mass, feeling stronger than ever which I’m hoping to take into games.

“I’m raring to go now. The fans are so important to our club, and having experienced the passion and atmosphere many times before in previous first team games I feel there is no better fans in the Championship than Widnes fans, which all of us in the team draw on and is vital to our success.”

Jayden Hatton is sponsored by Teeling Management for the 2020 season.