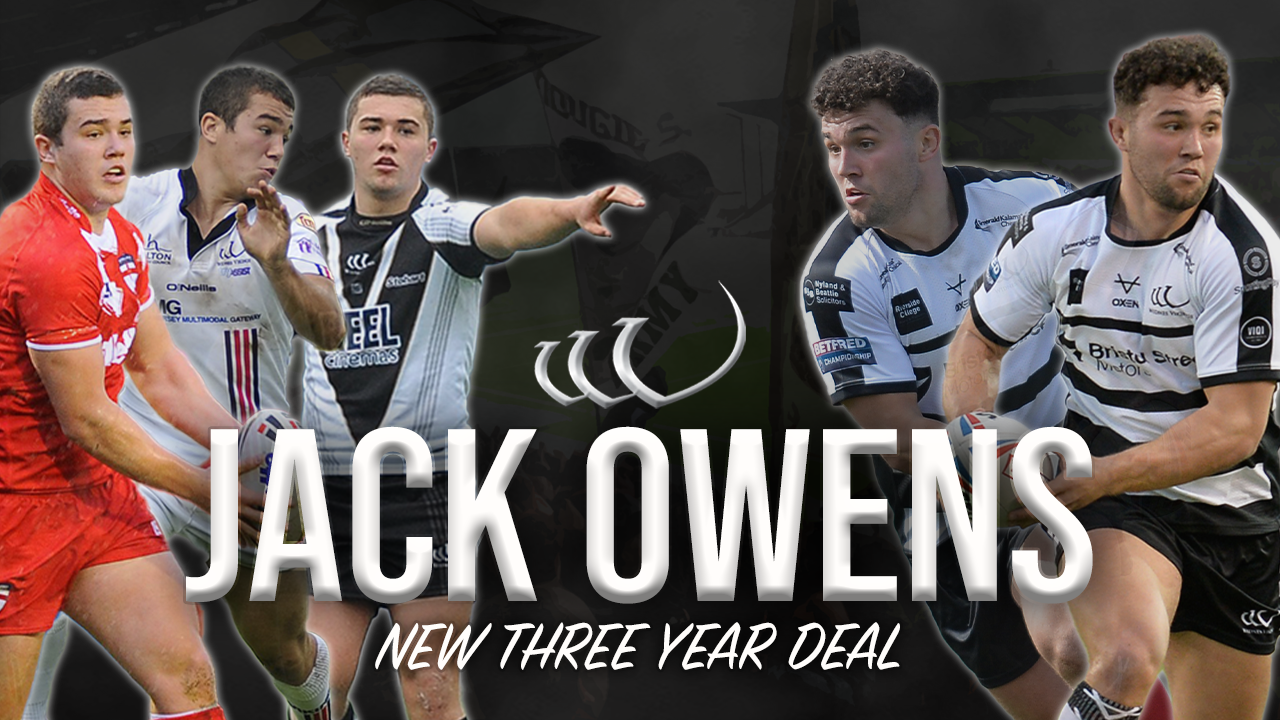 Widnes Vikings are delighted to announce that club captain Jack Owens has pledged his future to his hometown club, signing a new three-year deal which will keep him in black and white until 2024.

Owens is a product of the club’s Academy having progressed through every stage of the pathway up to the first team, gaining international honours with England Academy along the way.

Jack made his debut at the age of 16 against Siddal to become the seventh youngest player to appear for Widnes, before going on to reach 10th place in the club’s all-time point scoring list.

A 26-point haul against West Wales Raiders in the opening game of the 2021 campaign saw Owens climb above Martin Offiah, and another 40 points will see him rise further up the list.

After five seasons in the first team squad, the 26-year old spent time away from the club, before eventually returning to the Vikings for the 2019 season.

Jack played a pivotal role for the club on his return, scoring 18 tries in 30 appearances, finishing the year with 280 points to his name on his way to claiming the Fans’ Player of the Year award.

To date, Jack has featured 105 times for the club, scoring 56 tries and kicking 268 goals to amass 760 points, including four tries and 12 goals in two outings already this season.

On signing a new deal with his hometown club, Jack Owens commented, “I’m over the moon to get it sorted. Everyone knows what it means for me to play for this club and to be the captain, it’s a massive honour. To be here for the next three years and to have my life sorted is something that’s important to me and I’m happy that it’s done.

“I spoke to Phil and as soon as he said that he wanted to get me tied down on a pretty long deal, it was music to my ears. I don’t want to leave this club, and as long as I keep performing here, I’ll hopefully stay here until I finish.

“The three years is something that I wanted and it shows the faith the club has in me, and I’m delighted to be staying. I just want to play for Widnes.”

Jason Shaw, Founder of Vikings Quids In (VIQI), added, “The continued support of the fans who support the VIQI scheme is essential in ensuring we remain competitive and that we can compete at the highest level.

“It is essential that we retain healthy membership levels and move forward and recruit more members to allow us to increase our support to the club further.

“It goes without saying that VIQI would once again, like to thank all of our members for their continued, longstanding and loyal support!

“Each and every member should feel very proud knowing that they have played their part in helping to retain Jack, OUR Club Captain.”

The signing of Jack Owens on a new three-year deal was made possible thanks to the continued support of VIQI members.

Jack Owens is sponsored by Teeling Management for the 2021 season.