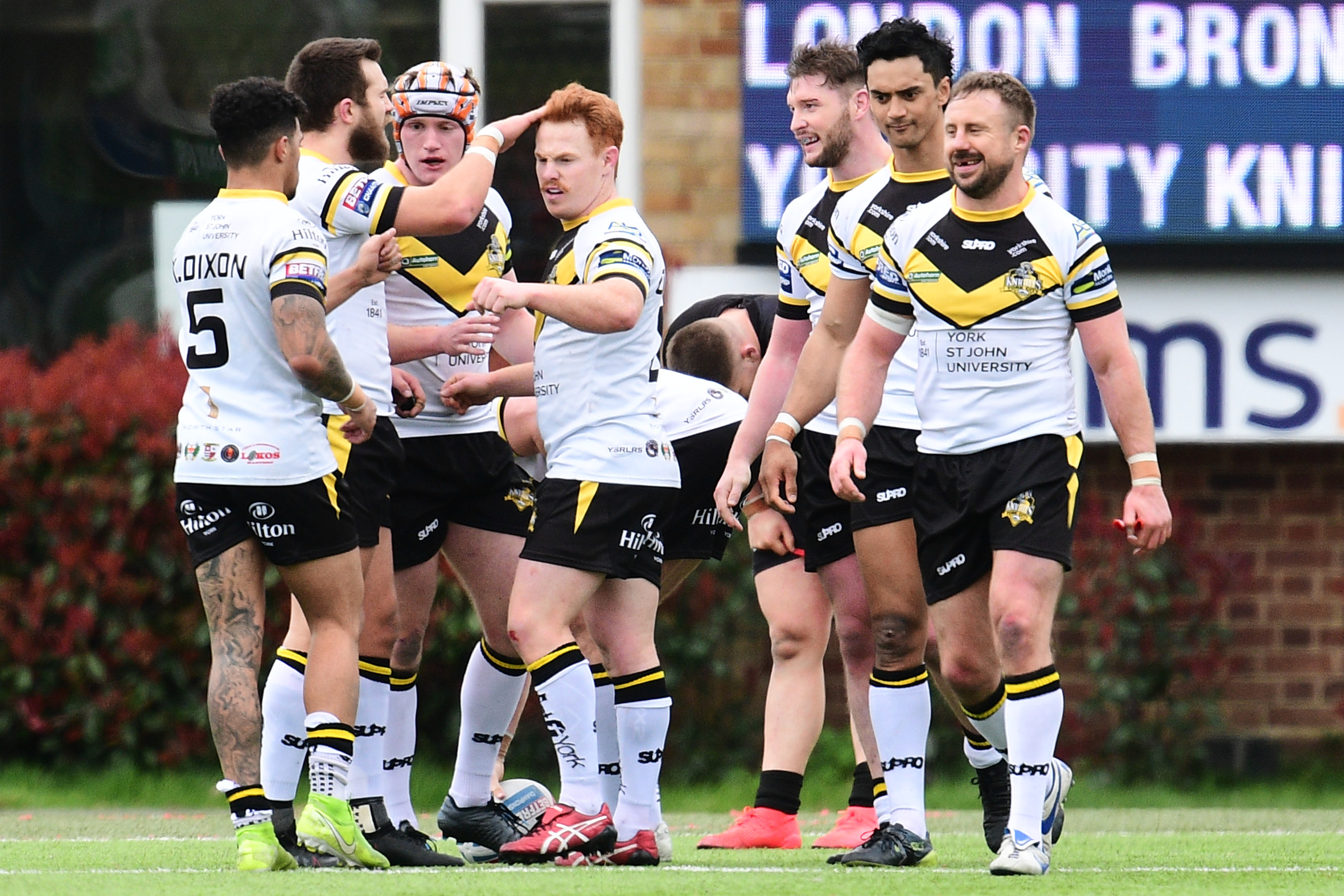 Ahead of Sunday’s visit of York City Knights in Round 6 of the Betfred Championship campaign, we take a closer look at this weekend’s opponents.

York head into this fixture off the back of a heart-breaking defeat to Featherstone Rovers, as a late Craig Hall breakaway try secured a 16-12 victory for the visitors.

With two wins from five, the Knights sit one-point above the Vikings in the Betfred Championship table.

The Knights’ head coach James Ford is a familiar face to Widnes supporters having featured for the club between 2010 and 2011.

A fullback during his playing days, Ford made 16 appearances and scored six tries in his spell at the DCBL Stadium before eventually heading into coaching.

Another name Vikings fans will recognise is Chris Clarkson, who also pulled on the black and white of Widnes back in 2015 on a season-long loan from Leeds Rhinos.

The back rower featured 25 times in his spell at Widnes and made a lasting impression on the club’s supporters, scoring four tries before departing.

York have made some high profile signing during the off-season, luring some household Super League names to the LNER Community Stadium ahead of the 2021 campaign.

One of the most notable newcomers has been Ryan Atkins, the top divisions’ 5th top try scorer who joined from Warrington Wolves having scored 186 Super League tries.

Adam Cuthbertson also made his way to York via Leeds Rhinos, having made 157 appearances for the club at the top level, as well as featuring for four different NRL outfits.

Winger Matty Marsh is also one to look out for, having scored seven tries in his last three league outings, including four in the rout over Swinton.

The Vikings have been beaten on their last two meetings with the Knights, the last of which came at the DCBL Stadium in the 2019 season, falling to a 16-12 defeat.

York picked up home and away victories over Widnes that season, however the Vikings did record a 44-12 Challenge Cup win in Round 5 of the competition.

Prior to that, you’d have to go back to 2011 for the last time the teams went head-to-head, with Widnes winning eight of the last ten meetings.

All home Season Ticket holders will gain free access to this Sunday’s fixture on Our League, with the code they have already redeemed being valid and giving automatic access.

Non-Season Ticket holders can purchase the stream for £4.95 if bought in advance of the fixture, with streaming passes increased to £10 on the day of the game.