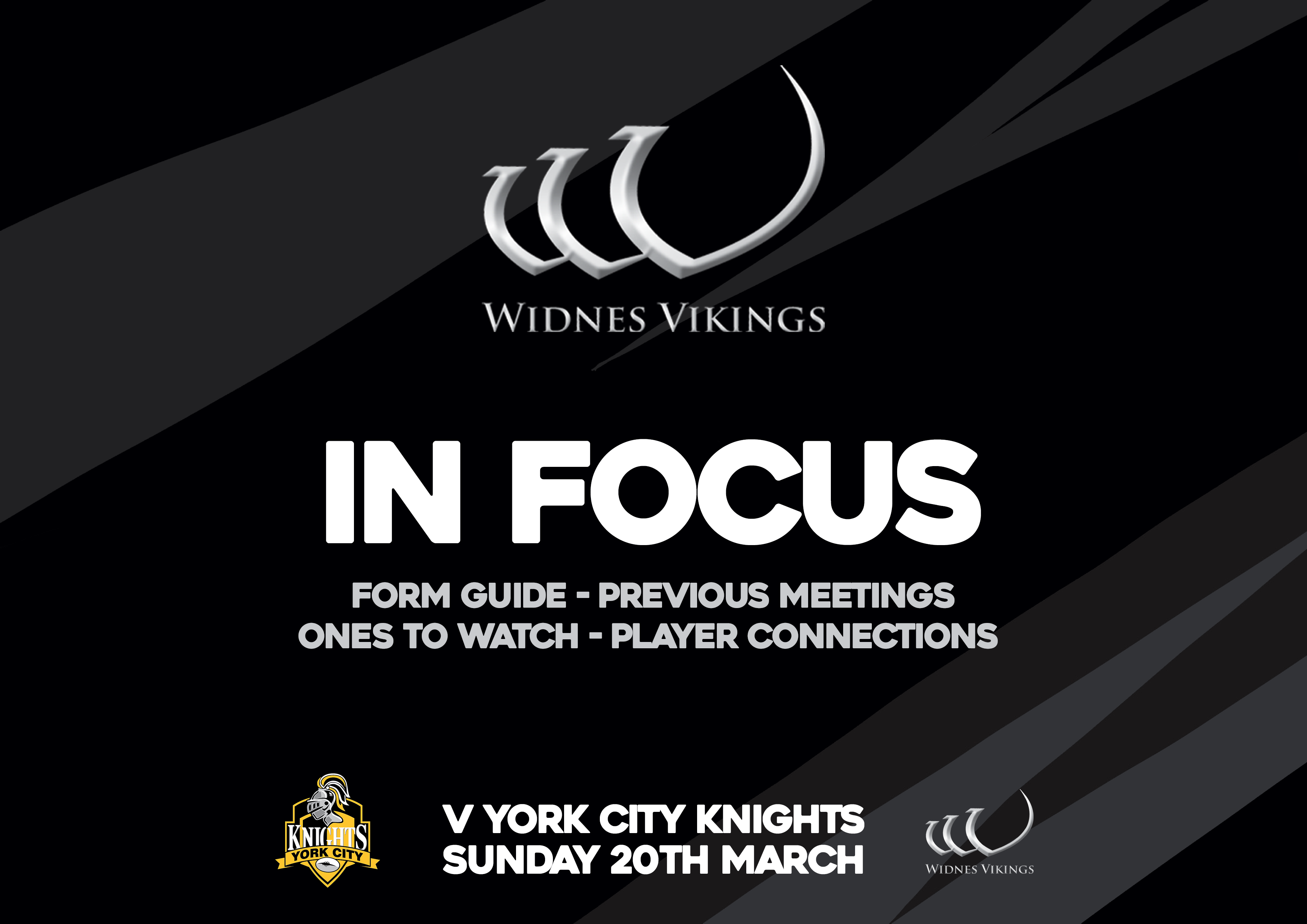 Let’s take a closer look at Sunday’s visitors, York City Knights, ahead of this weekend’s clash…

Thompson is considered as a ball playing loose forward who links up with both half backs as well as doing the tough stuff in the middle of the park. He is a strong ball carrier and plays long minutes. A senior figure in the York side who has bags of Super League experience with Castleford Tigers, Hull FC, Leeds Rhinos and Leigh Centurions. Thompson is a product of the Castleford Tigers academy programme alongside the likes of Adam Milner and Oliver Holmes, he will be looking to lead from the front with his actions when the sides meet at the DCBL Stadium.

Glover signed for the Knights ahead of the 2022 season from Sheffield Eagles. This year has saw him reach new levels as a York player after sustaining a serious knee injury for the Eagles at the Summer Bash which derailed his career for an extended period of time. Since his return he has been a constant figure in the York side on the right edge. As well as an aerial threat, he is a solid defender and a strong ball carrier, forming a strong partnership with Will Oakes on the right hand side of the York team.

Primarily a fullback for the Knights, he has also played in the halves at had a spell at hooker in previous games. Marsh reads the game very well and is positionally very good. His running lines out the back of attacking plays and ability to manipulate opposition defenders to make decisions is a big plus for York, resulting in him scoring plenty of points and assisting his teammates.

Chris Clarkson spent the whole of the 2015 season on loan at the Vikings from parent club Leeds Rhinos. He made 25 appearances for the Chemics under Denis Betts, scoring four tries. At the conclusion of the 2015 campaign, Clarkson joined Hull Kingston Rovers on a permanent deal, and has since had a spell at Castleford Tigers before joining the Knights in 2020. Clarkson is now the captain of the York side.

York head coach James Ford also had a spell at the Vikings in the 2010-2011 season where he played 16 games for the club, scoring six tries. Ford had the ability to play as a fullback, centre or winger, but his preferred position was fullback. Ford has also played for Castleford, Sheffield, Featherstone and the side who he now manages. The 39-year-old has been in the York hotseat since 2015.

We will be hosting a triple header at the DCBL Stadium next Sunday, with our Widnes Vikings Women in action as well as our first team and LDSL teams.

You can buy tickets from our Club Shop at Widnes Market, or online via the button below.