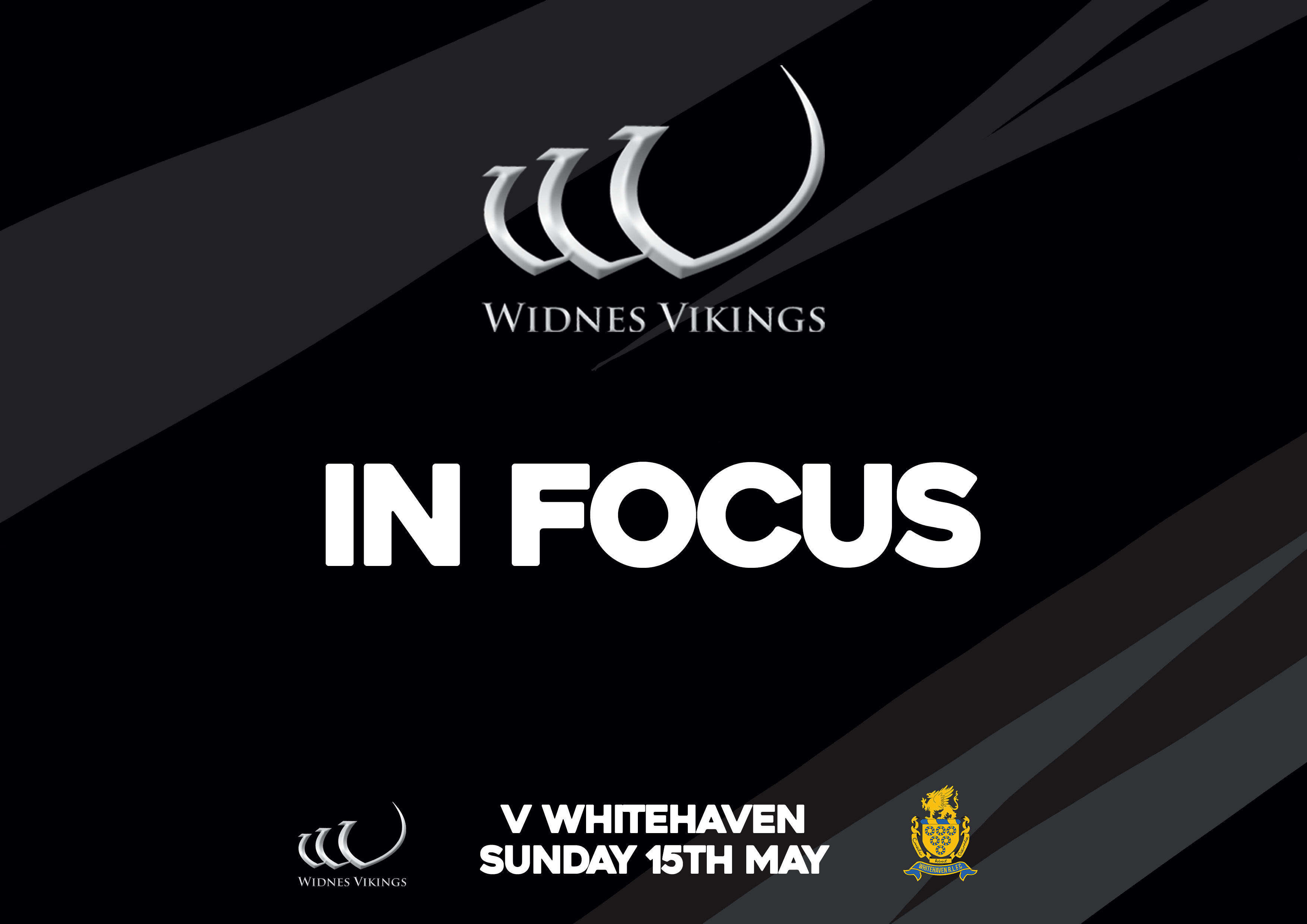 Let’s take a closer look at Sunday’s visitors, Whitehaven, ahead of the Betfred Championship Round 11 game…

After a weekend off for both sides, the Cumbrian side travel to the DCBL Stadium on Sunday two points and two places adrift of Widnes in the league table.

With Widnes having slipped to 9th in the table and Whitehaven sitting 11th, Sunday presents a great chance for the Vikings to turn our form around and get back to winning ways.

Several players are set to return for the game this weekend after completing their rehabilitation programmes, with new recruits Josh Johnson and Callum Field also set to take to the field for their debuts as detailed in this week’s Team Talk.

Nikau Williams – A product of the Canterbury Bulldogs under-20’s, Williams joined the Cumbrian outfit for the 2021 season where he formed a strong partnership with halfback and captain Karl Dixon, leading them into the Championship playoffs before being eliminated by Halifax Panthers. He is an elusive runner with a solid kicking game, and has been one of Haven’s most consistent performers since his arrival.

Dion Aiye – Papua New Guinea international Aiye has been at Whitehaven since 2015, signing from PNG Hunters. He has since represented Haven over 120 times. He has also represented PNG on 10 occasions, including a World Cup. Originally signed as a half back, Aiye has transitioned into the middle of the park playing at loose forward. “The hammer” is known for his strong defence, but his running game is also a big threat to the opposition.

Callum Phillips – Cumbrian born Phillips has represented both Workington Town and Whitehaven over his career, both alongside his brother Brett. The livewire hooker is a running threat on any quick play the balls, and also a skilful ball handler who has the ability to play in the halves if needed. Although small in stature, Phillips has great tackle technique and can get underneath the ball carrier often dominating tackles. The Widnes defence will have to be alert on any quick play the balls.

Supporters can buy tickets both online and from our Club Shop at Widnes Market.

As usual, there will be no facility to pay on the gate for the Whitehaven game but supporters will be able to visit the Stadium Shop from 1.30pm on the day of the game to buy a ticket on the day.

There will be a War of the Roses Academy Origin game on the DCBL Stadium pitch before the Whitehaven game with a 12.30pm kick off, with gates F, G and H of the South Stand open early to come and watch.

Any North Stand Season Ticket holders wishing to watch the Origin game will be seated in the South Stand for the earlier game, and are asked to contact ryant@widnesvikings.co.uk to arrange a ticket swap for the game.

Whitehaven supporters are asked to purchase tickets in Block A of the South Stand.

Fans are advised to get tickets early, quick and easy for the game online by clicking the button below.