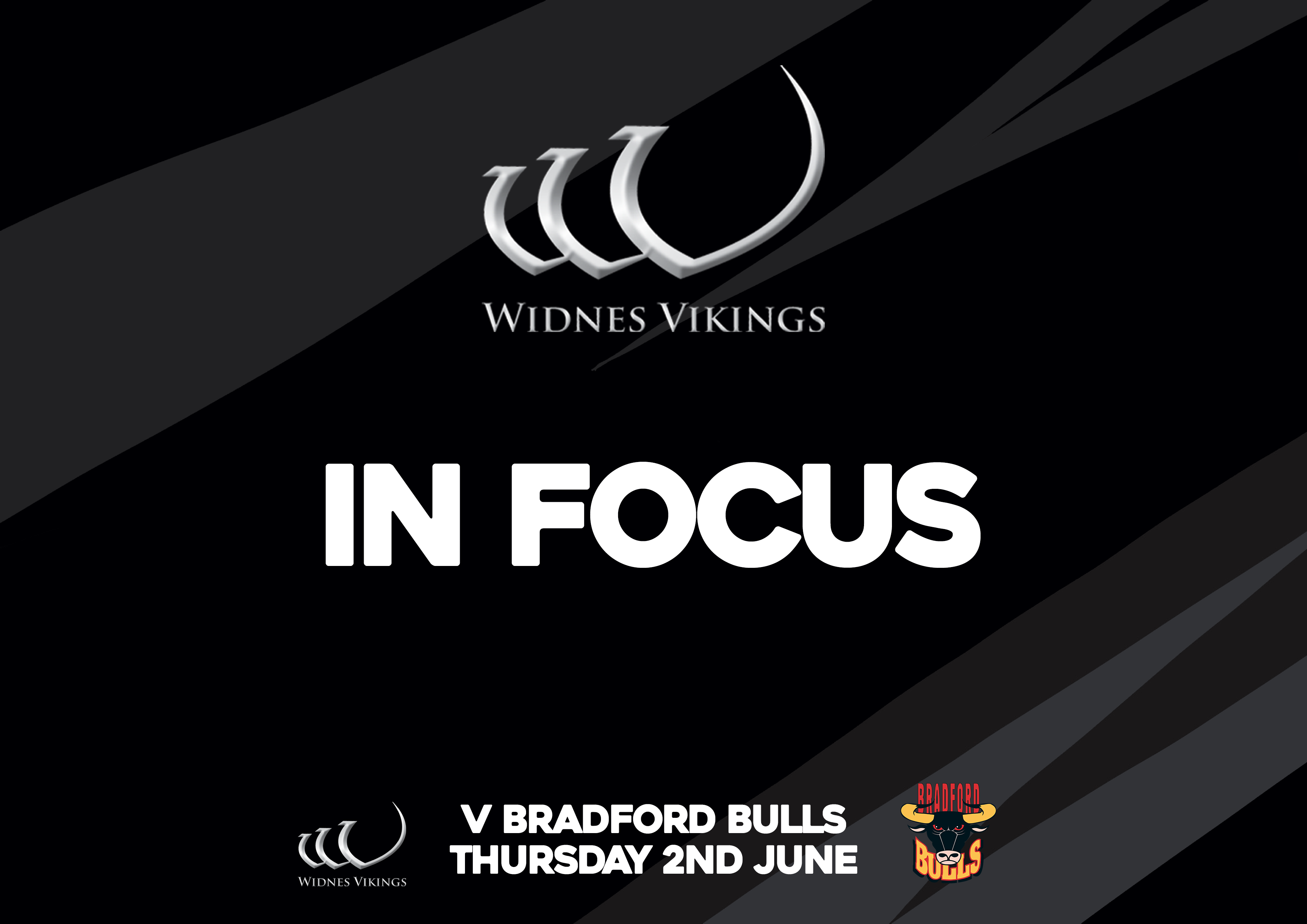 As the Vikings prepare to take on Bradford, let’s take a look at the Bulls’ recent results, ones to watch, and some player connections…

The Vikings kick off their Queen’s Platinum Jubilee celebrations on Thursday, with discounted tickets for children and an indoor street party taking place prior to the game at 3pm.

Bradford travel to the DCBL Stadium one place above Widnes in the Betfred Championship table, having won one more game of the 12 played so far by each team.

Warrington-born Patton signed for the Bulls on a one year deal ahead of the 2022 season from his hometown club. His early Championship form saw him rewarded with a new two year deal at Odsal. Patton has plenty of big game experience having played and scored a try in a Super League Grand Final, and winning the Challenge Cup with Warrington against rivals St Helens.

Hooker Doyle has been a massive influence on the Bradford side over the past couple of seasons, a product of the Bradford academy system who has since progressed into the first team and hasn’t looked back. He compliments the spine of the Bradford side alongside Dec Patton, Jordan Lilley and Elliott Kear. A robust hooker with an eye for the try line, Doyle is pivotal to getting this Bradford side on the front foot.

Patton appeared for the Vikings on one occasion during the 2020 season when he came on dual registration from Warrington Wolves in a home defeat to London Broncos. Patton joined the Bulls ahead of this season and has recently signed a new deal to stay with the Yorkshire outfit for another two seasons. He brings a wealth of Super League experience to the side and is seen as a key member of the Bradford team.

New 2022 arrival Nzoungou was signed from fellow Championship side Bradford Bulls. Nzoungou signed for the Bulls for the 2020 season, however after season being cancelled due to the COVID-19 pandemic, Levy signed a one-year extension. The Frenchman is yet to appear for the Vikings after suffering an achilles injury earlier this year.

Former Vikings front-rower Ted Chapelhow spent time on loan at the Bulls in the 2017 season, playing on six occasions for the West Yorkshire side. Chapelhow is now plying his trade in the North East alongside brother Jay for Newcastle Thunder.

Pat has had two spells at the Widnes, he joined the Vikings ahead of the Super League campaign in 2012 and spent seven seasons at the DCBL Stadium before departing in 2018 to join French Elite 1 side Albi. His first spell at the Vikings saw him notch 91 tries in over 120 appearances. After the club came out of administration in 2019, Pat rejoined the club for a short spell at the latter end of the season where he scored 4 tries in 5 games.

Widnes-born ‘Sprogger’ had two spells at the Vikings with a successful period at Bradford sandwiched in between. Spruce made his Widnes debut in the 1989/90 season under the guidance of Doug Laughton and became the first-choice fullback when Alan Tait left for Leeds Rhinos.

Spruce then spent six seasons at Bradford between 1996 and 2001. He played in the 1999 Grand Final defeat to St.Helens.

Spruce also represented England on three occasions and Great Britain on six occasions. He announced his retirement from Rugby League in 2001, before reversing his decision and joining his hometown club again ahead of the 2002 Super League season, playing over 50 times before his career finished in 2003.

Tickets for the game are available both online and from our Club Shop at Widnes Market, open from 11am-3pm on Wednesday, 10am-4pm on Thursday and Friday, and 10am-3pm on Saturday.

Supporters will also be able to buy from the Stadium on the day.

Children’s tickets are £2.50 when purchased with an adult/concession ticket or with a Season Ticket holder until Thursday when they will be £5 on the day.

General sale ticket prices will be the same as usual, and are available via the button below.