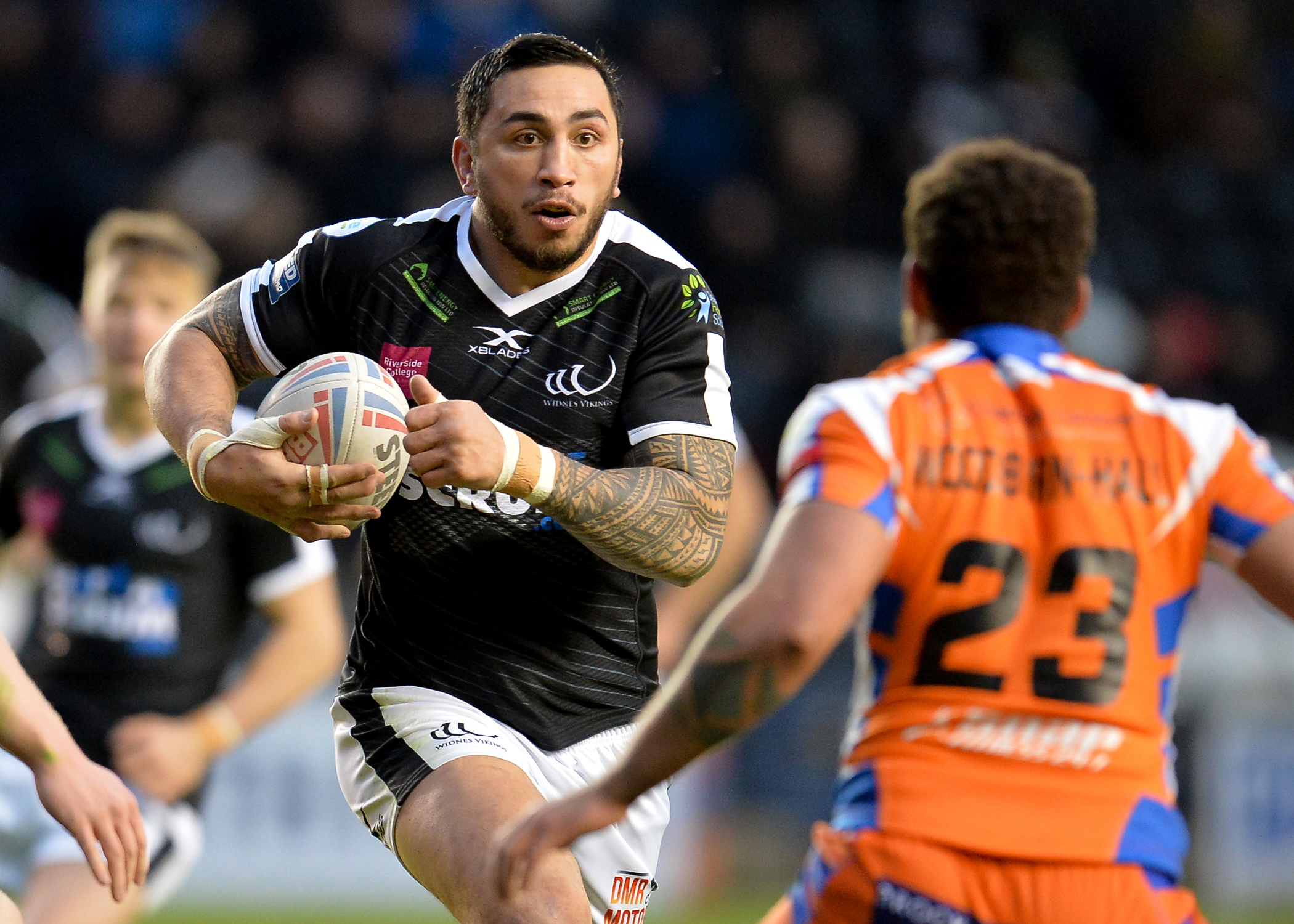 Former Viking, Harrison Hansen, has recently spoke about his time at the club, paying huge credit to the fans of Widnes Vikings for their efforts during his spell at the DCBL Stadium.

Hansen was speaking to Ryan Taylor on ‘Taylor Talks’, as he opened up about his time in Rugby League over the last two decades, including his two-season period at Widnes between 2018-2019.

Harrison was part of the 2019 squad that rallied after administration and a 12-point deduction to reach the 1895 Cup final and secure their place in the Betfred Championship for the 2020 season. The forward goes on to give huge praise to the Widnes supporters for their role during that season, and for showing him what the club really means to the community.

“I have to give credit to the people of Widnes, they came in to help the club when it needed them most,” he said.

‘It was great to see that kind of support, and how the town of Widnes rallied around the club to get them out the mess.

“I’d never been around or involved with Widnes at all until I signed with them in 2018, and I didn’t realise the bubble that Widnes rugby league is in throughout the town, and what it means to the fans.

“When I got there and saw it for myself, that’s when I realised that ‘they’ve got something here’.

“The fans deserve success. They’ve not had it for a long time, and full credit to them for rallying around us. It was great from a players point of view, especially that first game back when we saw that support, we knew we weren’t losing that game against Featherstone.”

The major high point of the Vikings’ 2019 season was the semi-final victory over Leigh Centurions in the 1895 Cup semi-final at the Leigh Sports Village, with tries from Anthony Gelling and Jack Owens enough to send the Vikings to Wembley for the first time since 1993.

Harrison speaks to Ryan Taylor about that day, and says it is an afternoon that he will always remember.

“It was kind of bittersweet for me because of the affiliation I have with Leigh, but it was really special for us.

“We knew everyone was talking about Leigh getting to the final and they were writing us off and that was in the back of our minds coming into it. So to go there and dig in like we did and get the win was really great.

“I think we shellshocked Leigh to be honest, and we scored some great tries in that game as well. For me, getting back to Wembley and the chance to win a new cup was really special. To do it against Leigh as well, it made it even better personally.”

The scenes at the full-time hooter at the LSV are ones that will live long in the memory, as players, staff and supporters came together to celebrate reaching Wembley after a very tough 2019 season. Harrison says to have that moment together, and to reward the supporters after the year we had, was one of the aims of the team heading into that game.

“That was one of the things we wanted to do (reward the fans). From where the club had been, hanging on by a thread, to then get to Wembley was just a huge achievement.

“I think it shown just how much of a team we were, how the lads stuck together through it all, but also how the fans stuck with us and got behind us. To see that many Widnes fans there on the day and packing the away end out, and adding that to the occasion, was mind blowing really, and made it a special day.”

The Vikings would ultimately lose out in the 1895 Cup final to Sheffield Eagles, but Harrison still looks back fondly at the week building up to the game.

“The week building up to the final at Wembley was great. You could feel the energy in the town and at the stadium, and you could tell with the amount of messages from fans we were getting.

“It had been a long time since Widnes had been to Wembley, so everyone was obviously excited. We got the bus down to London the day before, and the support we had at the stadium setting off was great.

“So to then walk out at Wembley, and to see the amount of fans we had was great. The only disappointing thing from that whole week was we wanted to get the win for those fans, but we didn’t manage to do it.

“We started off well in the game, but Sheffield brought their A-game and shocked us, and we couldn’t get the trophy and the win.”

The Vikings would go on to secure their Championship status for the 2020 season with a few games to spare after a long and enduring season, and Harrison says the resilience within the club and the first team squad was something that helped the club through the dark moments during the season.

“I think it (staying up despite the obstacles/points deduction) just showed how close knit we were as a team that year, and Purts (Kieron Purtill) had a lot to do with that.

“Despite everything, we just carried on playing good rugby, and I think credit to the club and all the staff there for sticking in with us. We did well, we all stuck together, and stayed up in the end.”