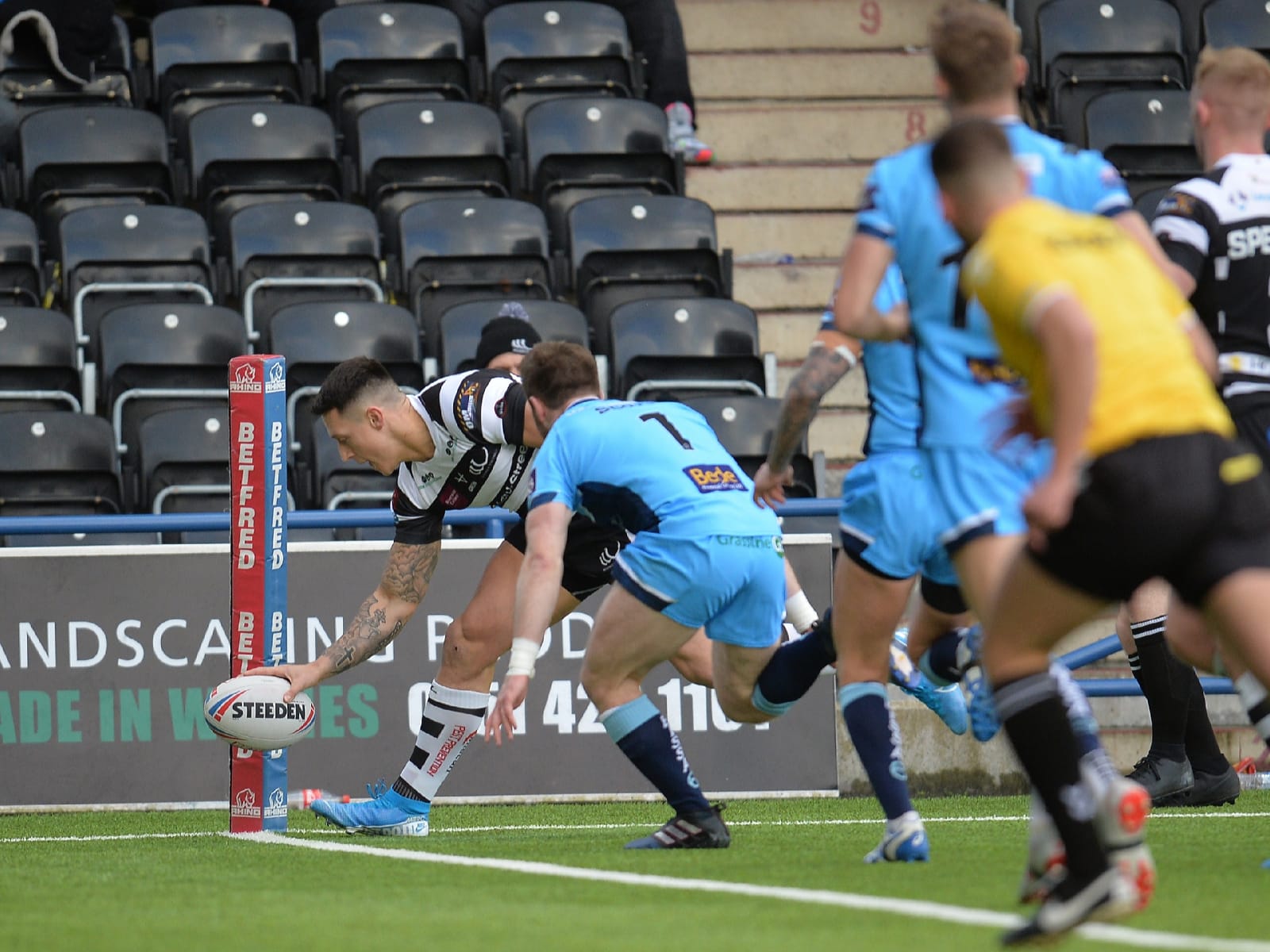 Widnes Vikings’ first home fixture of the 2020 Betfred Championship season survived storm Ciara, as they claimed a 32-16 victory over Batley Bulldogs to make it back-to-back wins to start the campaign.

Tim Sheens made just one change to the side that defeated Oldham at Bower Fold a week earlier, as MacGraff Leuluai returned from injury to replace Connor Dwyer.

Shane Grady made his first appearance at the DCBL Stadium since returning to his hometown club, and it was an afternoon to remember as he finished the game with a try and two assists.

It took three minutes for the Vikings to open the scoring as Grady plucked Matty Smith’s kick out of the air, before offloading to Jake Spedding to give the centre a simple try. Jack Owens dragged the conversion attempt wide.

The hosts had a golden opportunity to score a minute later, as Grady once again found his way onto the end of Smith’s kick, this time drawing a knock on from the Batley defence as they attempted to intercept. A repeat set came to nothing though, as Danny Craven knocked on.

Grady was involved up the other end of the field on eight minutes, as Alistair Leak made a break through the middle and found Luke Hooley in support, with the fullback denied a try thanks to a great cover tackle from the Vikings second rower.

Widnes extended their lead after 13 minutes, as Craven’s kick to touch from a penalty saw the hosts start a set just 20 metres from the try line. The Vikings number six then fired a cut out ball to Spedding, which allowed the centre to send his winger Deon Cross over in the corner.

Owens converted from the touchline, opening up a 10-point lead early in the contest.

With a quarter of the game gone, Widnes took advantage of a penalty in front of the sticks, as Owens knocked over a two-pointer from 30 metres out.

Batley opened their account five minutes later, as a great cover tackle from Lloyd Roby managed to hold up Ben White over the line following a break from James Brown. That only delayed the inevitable though, as Lewis Galbraith climbed above Owens to a high kick and scored his side’s first points of the afternoon.

The Bulldogs went back-to-back within three minutes of their first score, as Cross conceded a goal-line drop-out before Craven’s restart found touch on the full. From the resulting penalty, Leak darted over from dummy half with Hooley’s conversion levelling the scores.

Widnes spurned a couple of opportunities to regather the lead, as errors started to creep in from both sides in the latter stages of the first half.

Inside the final minute the hosts pulled off a brilliant last tackle play, as Owens took Smith’s bomb and kept the ball alive, with Logan Tomkins stepping through a hole before shipping possession to the right where Spedding collected his second try.

Owens’ missed conversion meant that the Vikings headed for the sheds leading the Bulldogs by just four points.

Kenny Baker scored his first try for the club seven minutes after the break, as Craven’s short ball at the line sent the second rower racing towards the whitewash for a six-pointer.

Five minutes later, Grady continued his impressive homecoming by showing brilliant strength to bounce off an attempted tackle and score from close range.

As conditions began to deteriorate over the next 10 minutes the Vikings penned their opponents deep inside their own half, with the full effects of storm Ciara being felt by all at the DCBL Stadium.

Despite putting the away side under pressure with two repeat sets, Widnes were unable to take advantage of their field position and the Batley defence stood strong.

The away side turned the momentum on its head inside the final 10 minutes, as three penalties in a row and a goal-line drop-out forced the Vikings to defend their line. The closest they came to scoring though was through Wayne Reittie, with the winger held up over the try line.

Tempers flared when Joe Edge was caught with a high tackle, after the youngster replaced Grady in the back row, with both sets of players coming together.

The resulting penalty allowed the Vikings to put their opponents under pressure once again, and a short side play in the final minute brought the afternoon’s scoring to a close. Owens fired a pass to Cross on the right edge, with the winger offloading back inside to the captain for him to ground the ball and convert his own effort.