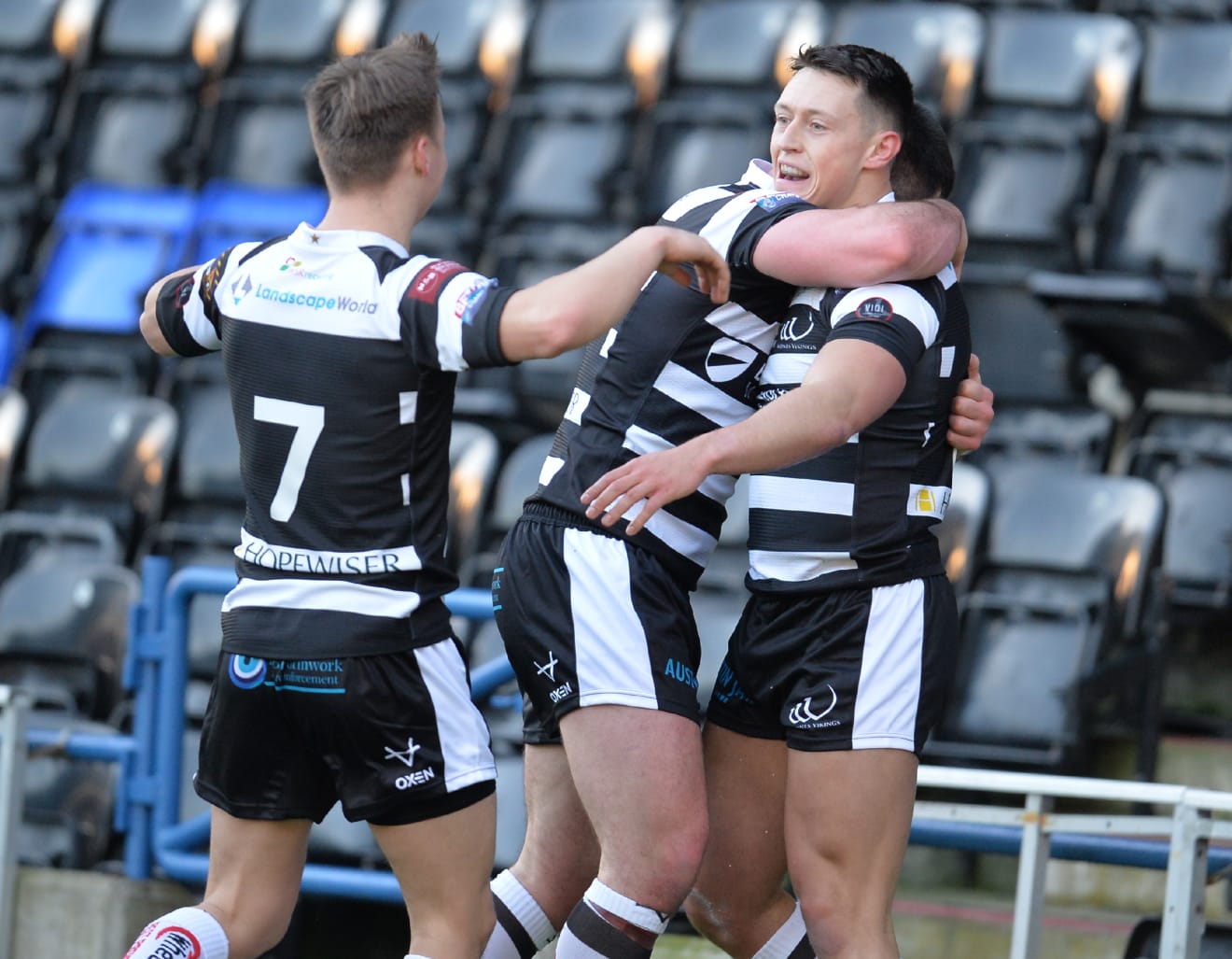 Widnes Vikings made it back-to-back pre-season victories as they defeated Castleford Tigers 32-10 at the DCBL Stadium.

New recruits Jake Spedding, Deon Cross, Pat Moran and Jack Johnson were all on the scoresheet, with Logan Tomkins, Kenny Baker and Matty Smith also getting their first run out in black and white.

The Vikings opened the scoring in the first minute, as a short kick-off from Danny Craven was spilled by the Tigers, leading to Spedding racing over in space on the right edge.

On 16 minutes, Joe Lyons plucked a Castleford pass out of the air to turn defence into attack, with the supporting Cross showing a great turn of pace to finish the move.

The away side replied through Lewis Carr, as a floated cut-out ball gave the winger enough space to cross out wide.

Seven minutes before the break, Moran was next on the scoresheet as he managed to barge over from close range just moments before being held up over the line, sending the Vikings into the break 16-4 ahead.

Three minutes into the second half Widnes were in again, as Lloyd Roby managed to find a hole in the defence to score after Jack Owens and Kenny Baker had been held up over the line.

From the kick-off set, the Vikings produced the try of the game which started with a great break through the middle from Owens, before he found Danny Craven in support. The halfback raced into the Castleford half and evaded an attempted tackle, with Johnson backing him up and reaching out to score a great breakaway effort.

At 26-4 the game had been put to bed, with both sides making a number of changes and giving their interchanges a chance to gain some valuable minutes.

Castleford managed to grab a consolation eight minutes from time, as they broke through the middle before shipping the ball out to Carr for his second of the afternoon.

Widnes had the last say though, as inside the final three minutes Smith drew a defender with a delayed pass to Ted Chapelhow, helping the front rower charge over from inside 10 metres.

Although it wasn’t a full strength Castleford outfit, the Vikings produced an impressive performance to come away with a 32-10 victory ahead of their final pre-season fixture at home to North Wales Crusaders next week.