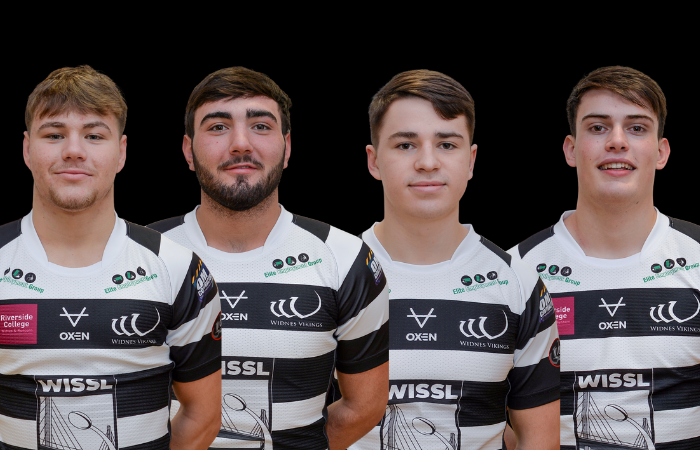 Widnes Vikings are delighted to announce that four members of the club’s 2020 Reserves have been promoted to the First Team ahead of the 2021 Betfred Championship season.

Oliver Brookes, Will Tilleke, Josh Wilde and Daniel Hill will all be part of the Vikings First Team squad in 2021, an exciting quarter of talented youngsters who will be hoping to make a big impression this season.

Brookes is a winger who Vikings fans may remember from the pre-season friendly away to Rochdale at the start of 2020, finishing off a move that was crowned as last year’s try of the season in a social media vote.

Back-rower Wilde was also on the scoresheet during that pre-season visit to the Crown Oil Arena, as he became a key figure for the Reserves, scoring in their closely fought defeat to Super League outfit Wakefield Trinity.

Prop-forward Tilleke impressed during his spell with the Academy before also featuring for the club’s Reserves last season, as the Widnes-born forward will add size and aggression to the Vikings middle unit.

Fullback Hill is an exciting prospect who has impressed at Scholarship, Academy and Reserves levels before joining up with the First Team ahead of the 2021 season, looking to learn from, and follow in the footsteps of, current club captain Jack Owens.

All four players are a product of the Vikings Academy system, having worked their way through the system before being promoted to the First Team.

Oliver Brookes is proudly sponsored by Hopewiser for the 2021 season.

Josh Wilde, Will Tilleke and Daniel Hill are all available to sponsor ahead of the 2021 season, for more information please contact enquiries@widnesvikings.co.uk.