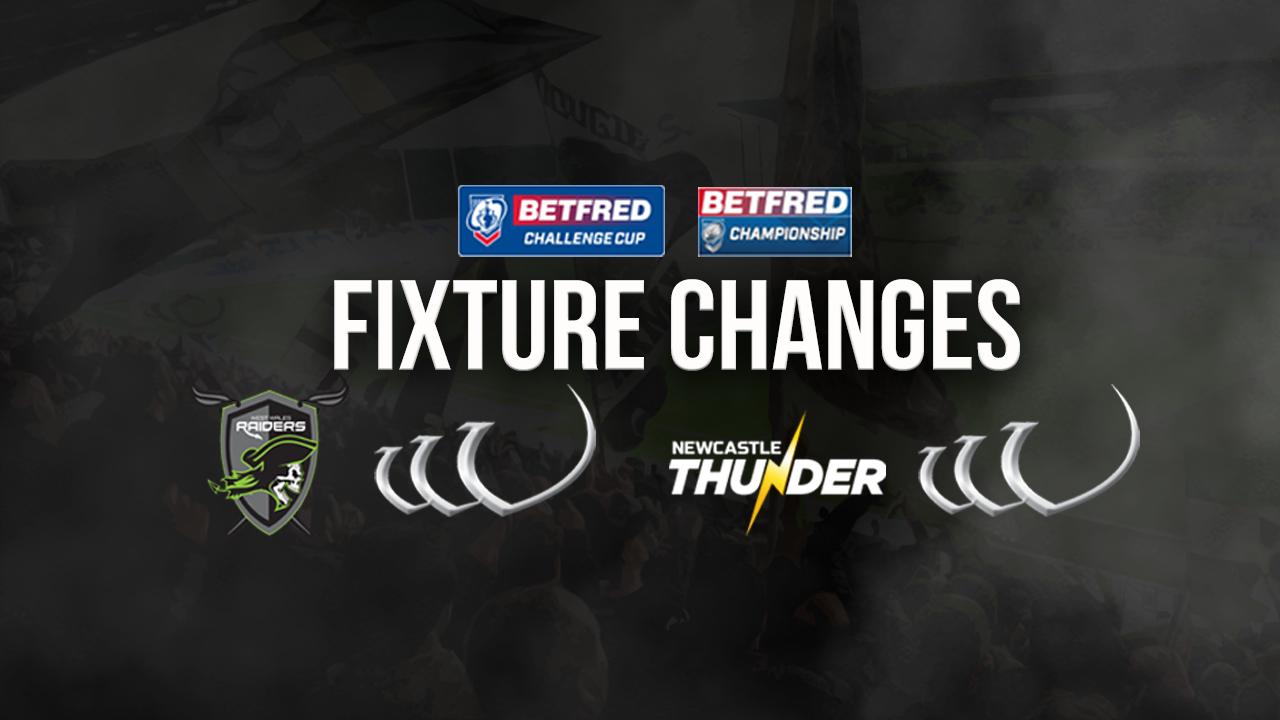 The 2021 Rugby League season will begin with a feast of Betfred Challenge Cup action next month as all eight First Round ties will be streamed across three platforms.

And it will be a similar story when the Betfred Championship kicks off over the Easter weekend two weeks later, with all seven fixtures in the opening round available to watch through Our League, on both web & app – and now with the option to cast to TV to enjoy all the action on the big screen.

That means a Super Saturday on March 20, with four Challenge Cup fixtures streamed back to back on Our League – followed by another three live-streamed ties on Sunday March 21, with the BBC expanding their First Round coverage to show West Wales Raiders versus Widnes Vikings as well as the heavyweight West Yorkshire battle between Featherstone Rovers and Bradford Bulls.

There will be another triple header on Easter Sunday, as Our League streams three consecutive Championship fixtures from 1245pm to 7pm: Sheffield Eagles versus Bradford Bulls, Halifax Panthers v London Broncos, and Newcastle Thunder’s return to the competition against Widnes Vikings.

With early-season fixtures expected to be played behind closed doors, all Our League matches will be free to season ticket holders of the home club, with special Early Bird offers for all other supporters meaning fans can watch games for only £4.95 – as well as Day and Weekend Passes offering some great value for money deals (full details below).

Sheffield Eagles and York City Knights will have the honour of kicking off the 2021 Rugby League season with their Betfred Challenge Cup First Round tie on Friday March 19.

The clash between Mark Aston’s Eagles – who famously won the Challenge Cup at Wembley in 1998, and returned to win the inaugural AB Sundecks 1895 Cup in 2019 – and James Ford’s highly-fancied York team has been selected by the new tournament sponsors, Betfred, for live online coverage, with further details to follow next week.

On Sunday lunchtime the focus switches to West Wales, with the former rugby union international Gavin Henson and the former England rugby league international Rangi Chase hoping to make their debuts for the Raiders against Widnes at Stebonheath Park (1245pm).

That will be followed by the Featherstone-Bradford tie, also streamed by the BBC, with the First Round completed by Newcastle’s trip to Heywood Road to face Swinton Lions (515pm) on Our League.

The Betfred Championship campaign will begin on Good Friday with Oldham and Swinton Lions renewing their traditional Easter rivalry (515pm), followed by a West Yorkshire battle between Featherstone Rovers and Batley Bulldogs (730pm).

There are two more games on Easter Saturday, as York City Knights play their first game at the new LNER Stadium against Toulouse Olympique (515pm) before Dewsbury face Whitehaven for the second time in a fortnight, this time at the Tetley’s Stadium (730pm).

With the remaining three games on Easter Sunday, there will be no clashes with the Betfred Super League programme that weekend – meaning fans can watch more matches over Easter than ever.

Details of the Second Round of the Betfred Challenge Cup, which will be played on the weekend of March 27-28, will be confirmed after the First Round ties, while detailed arrangements for further rounds of the Betfred Championship in April will be delayed until there is further clarity on the timetable for the return of fans to grounds.

All 7 matches live on Our League, free to home season ticket holders, otherwise Pay Per View – see link and details below.

Our League fixtures will be free to season ticket holders of the home club.

Season Ticket Holders will receive their access codes ahead of the first fixture directly from their club.

Other Rugby League fans – including supporters of the away club – will be able to secure the live coverage for an Early Bird price of £4.95, which increases to £10 on the day of the match.