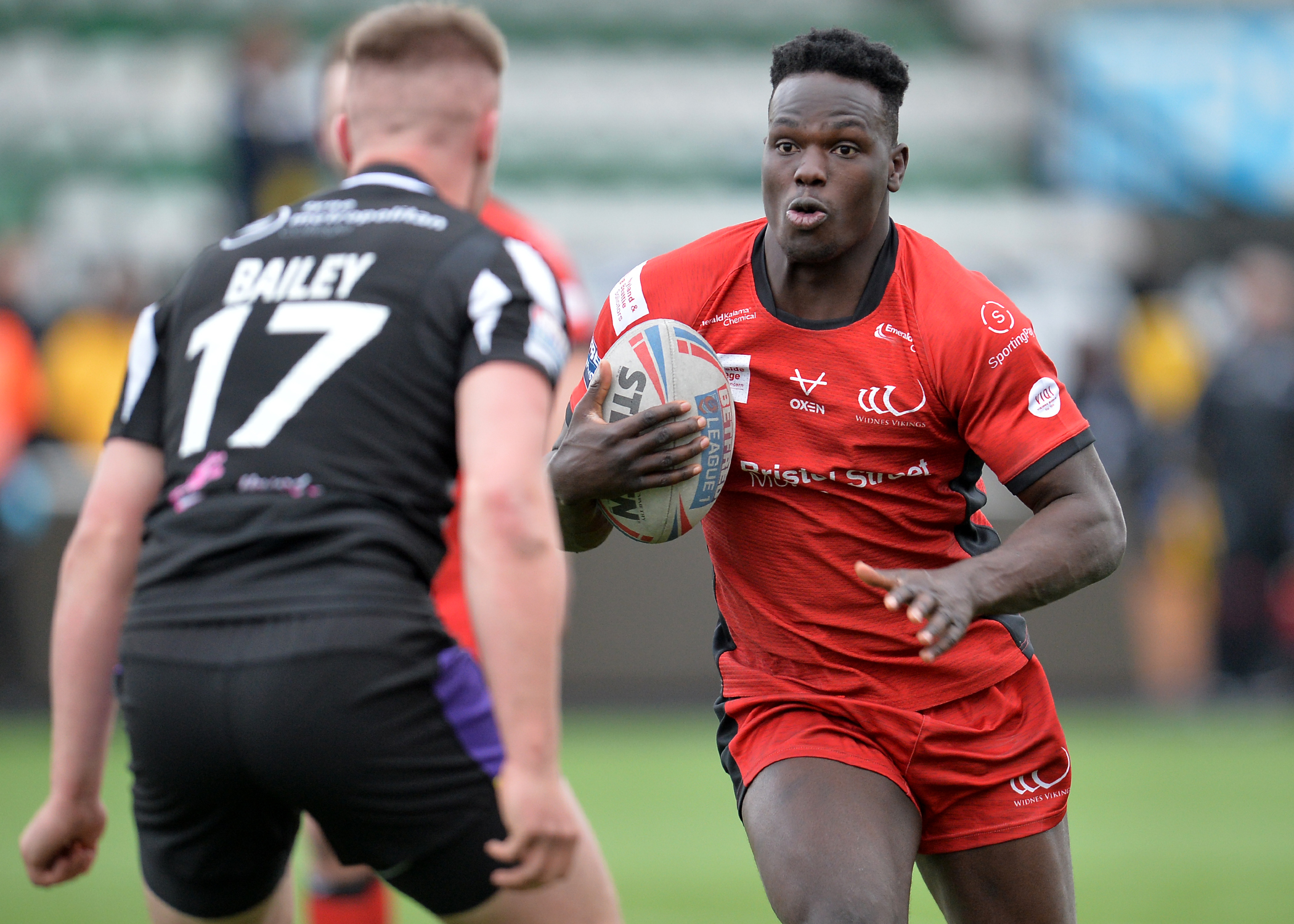 Widnes Vikings can confirm that Eribe Doro has extended his loan deal from Warrington Wolves until the end of the season.

Eribe initially signed on a two-week deal, impressing on his Vikings debut away to Newcastle Thunder in the opening Betfred Championship fixture of the 2021 campaign.

After being ruled out of the Salford Red Devils clash in order to keep him from being cup tied, the prop forward is in contention for Saturday’s visit of Dewsbury Rams.

Warrington have the option to recall Eribe at any time during the deal, which will run week-to-week until the end of the season.