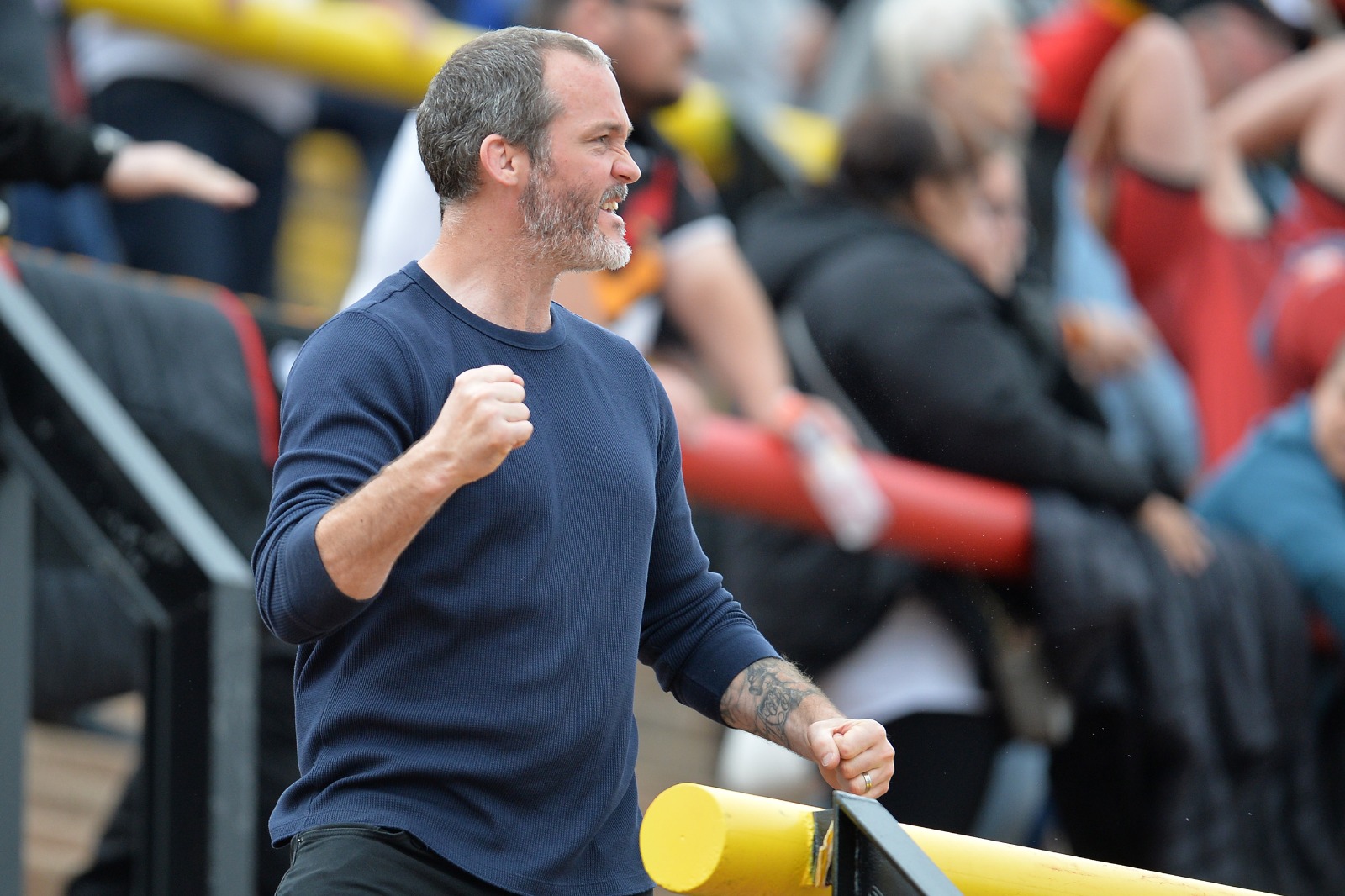 Widnes Vikings head coach Simon Finnigan was pleased to see his side on the right end of a tight result after Jack Owens’ last-gasp penalty goal from halfway handed the Vikings victory over Bradford Bulls.

Owens’ first half try gave Widnes the lead at half time before Jordan Lilley crossed in the second half to pull the scores level. Danny Brough added a drop goal to edge the Bulls ahead but the Vikings captain’s dramatic penalty goal stole the points.

Finnigan picked out Owen Farnworth’s performance as key to his side’s victory but praised his team’s overall performance.