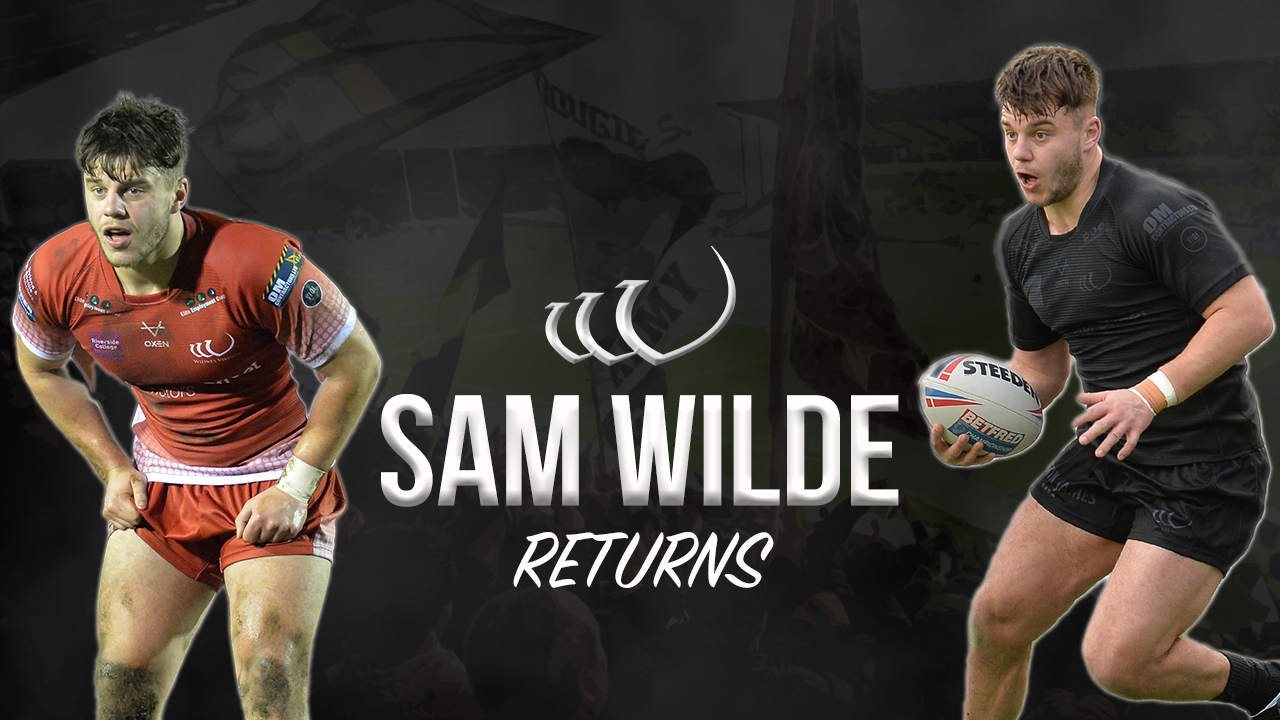 Widnes Vikings can confirm that Sam Wilde will return to the club in 2022 after signing a two-year deal at the DCBL Stadium.

Sam will see out his current contract at Newcastle Thunder before re-joining the Vikings for the next two seasons, signalling the first new signing for the club.

The 25-year-old originally joined Widnes on a short term loan deal in 2017, before signing a permanent deal a year later to remain with the club until the end of 2020.

Wilde left the club to take up an opportunity with Ottawa Aces, who were due to join League 1 this season, before the Canadian outfit pulled their application and left him without a club.

This led to the back rower joining Newcastle Thunder, where he will see out the 2021 campaign, having featured against the Vikings earlier in the season in a 30-30 draw.

The signing of Wilde was announced exclusively to those who attended our Members Monday event this evening at The Cookhouse, which saw Season Ticket holders updated on all matters at the club and gave the opportunity for a Q&A to take place.

Sam made 66 appearances across four season in his first stint in black and white, scoring 14 tries, and will be looking to secure his place as a fan favourite with the Widnes faithful once again.

Sam Wilde will be proudly sponsored by Skin Deep Aesthetics for the 2022 season.