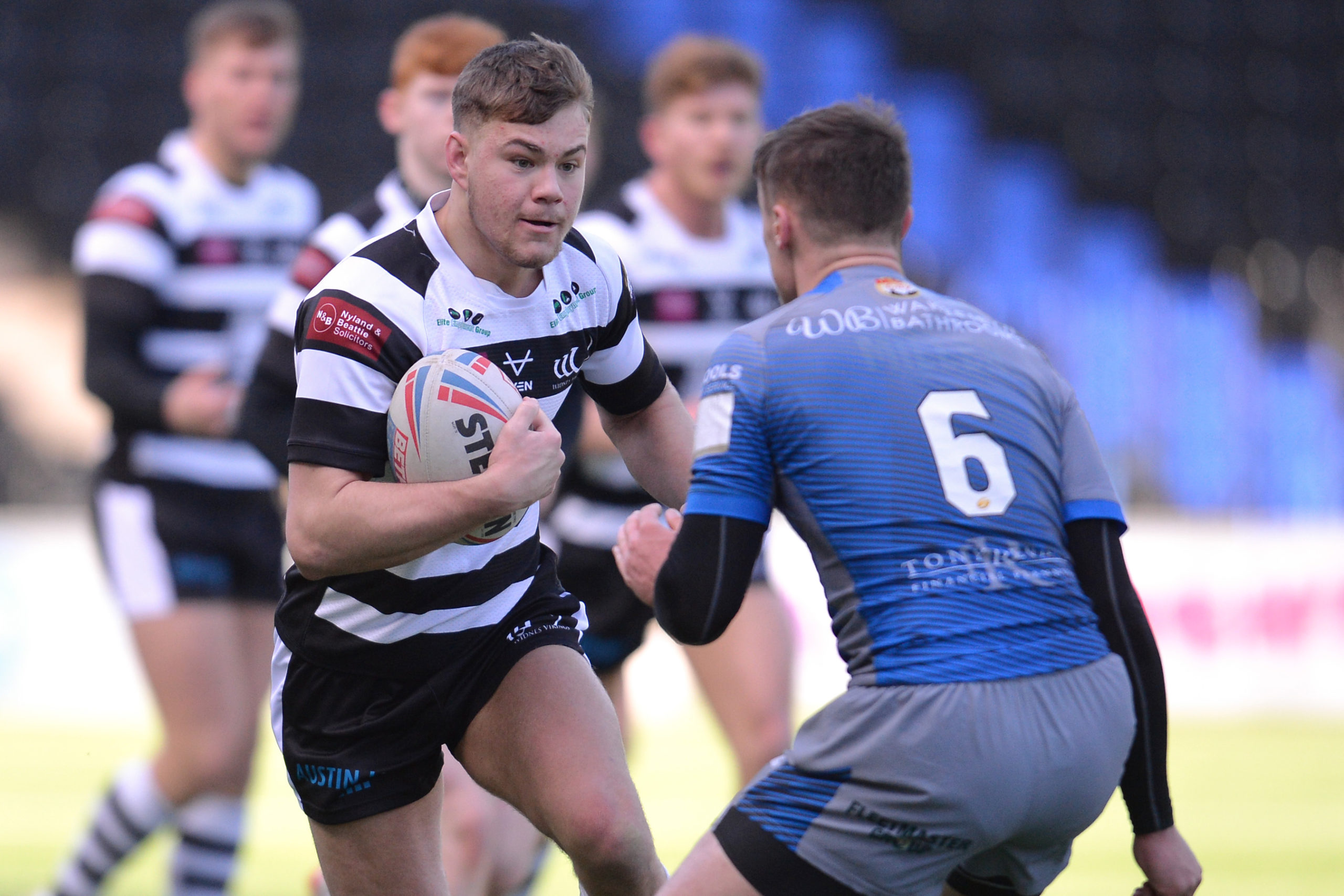 Widnes Vikings Reserves played out a high-scoring contest with Wakefield Trinity at the DCBL Stadium on Sunday, as the home side fell to a narrow defeat.

A second-half comeback saw Widnes go within four points on two separate occasions, only for a late Trinity try to kill their hopes of defeating the Super League outfit.

A Vikings knock on inside the opening set was punished by the visitors, as Connor Bailey managed to force his way over from close range.

From the restart Jayden Hatton drilled the kick-off low and found touch, and from the resulting set the winger showed great strength to brush off a number of attempted tackles to score in the corner.

On 10 minutes Bailey had his second try for the visitors, as he found a hole in the Widnes defence and had enough pace to round the fullback and score a long-range effort.

Six minutes later the Vikings responded with a great try of their own, as Ryan Barnes took the ball to the line and executed a perfectly time flat pass, with Josh Wilde racing through the defensive line to score.

With 12 minutes of the first half remaining, Bailey completed his hat-trick as Wakefield received back-to-back penalties to advance them into a dangerous position, which led to the halfback finding enough room to score from five metres out.

Wakefield scored the first points of the second half after seven minutes, as a last tackle kick bounced off a Vikings defender and into the hands of Jordan Schofield, who showed enough strength to ground the ball.

The Vikings response came four minutes later, as Sean Findlow’s high kick on the last was plucked out of the air by Hatton, who collected his second try of the contest.

On the hour mark Widnes went back-to-back, as a great break by Calum O’Neill off the back of Jordan Case’s offload set the platform for Lewis Hulme to burrow his way over from dummy half.

Wakefield re-established their 10-point cushion five minutes later, as Dane Windrow managed to reach out and find the try line off the back of a goal-line drop-out.

Hatton then completed his hat-trick with a brilliant solo effort 11 minutes from time, as the winger forced a knock-on with a great hit before picking up the loose ball and racing 90 metres to score.

The Vikings comeback was halted on 74 minutes though, as a penalty allowed Wakefield to benefit from dangerous field position, leading to Dan Barcoe stepping his way over the line.

With the last play of the game, Wakefield opted to take the two from in front as a drop-out failed to go 10 metres, with Bailey converting to finish the scoring.