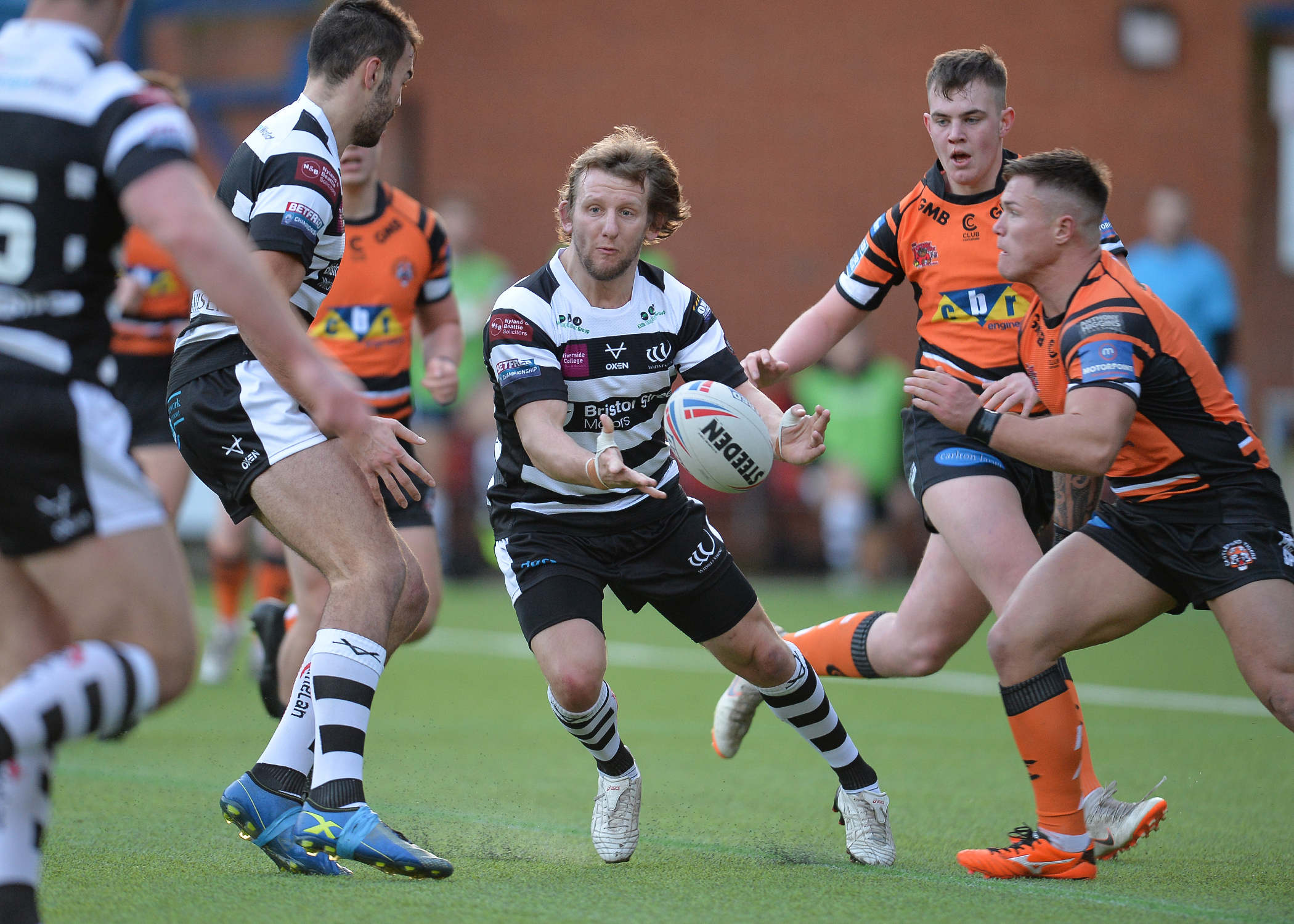 We can confirm that we have reached a mutual agreement with Logan Tomkins to leave the club as the 29-year-old has decided to call time on a successful playing career.

Logan first joined the Vikings on dual registration in 2011 scoring six tries in 14 appearances, and rejoined in 2020 playing six games before suffering an injury. Since then, he has worked hard on his recovery, but he has now decided to take a step back and focus on a career outside of rugby.

Logan’s contribution to the sport cannot be underestimated and he has achieved a huge amount even in a playing career shortened due to unfortunate circumstances.

Logan’s playing career has spanned over 200 games, winning the Challenge Cup with Wigan Warriors in 2013 and appearing in a Super League Grand Final for Salford Red Devils in 2019.

After spending four years with Wigan between 2011 and 2015, including his spell with the Vikings on dual registration, Logan moved on to Salford Red Devils where he had already spent time on loan. The hooker spent three years with Salford turning out over 100 times for the Greater Manchester side including the Grand Final appearance of 2019 before joining Widnes ahead of the 2020 season.

There was excitement and anticipation around Logan’s move to Widnes in 2020 given his standing in the game, but a shortened 2020 season due to Covid-19 and an injury halted his time on the field. Logan proved to be an influential figure around the team on and off the pitch, and always presented himself well even through a difficult period.

We are saddened that Logan’s situation has forced him to finish playing at an early age, but are proud to have supported him in his recovery and wish him the very best in his new career path. We have no doubt that Logan will succeed in this new path as the character he has shown during some tough times has been exemplary.

On coming to this decision, Logan said: “It is with sadness that I announce my retirement from Rugby League. It has been a tough decision to make, but a necessary one for me and my family.

“I would like to thank the friends I have made, the fans and the clubs that I have thoroughly enjoyed representing.

“Sharing the field with my brothers will always be one of my greatest achievements and we have our parents’ sacrifices to thank for that.

“I owe so much to my wife and two girls who have supported me and celebrated every high and made every low more bearable, from cup finals to Million Pound Games.

“It’s fitting that I will finish playing at the club that helped me kickstart my career in 2011. Myself and my family owe a debt of gratitude to Widnes Vikings and the fans for the support and opportunities they have provided us with over the years. I only wish I could have done more on the field.”