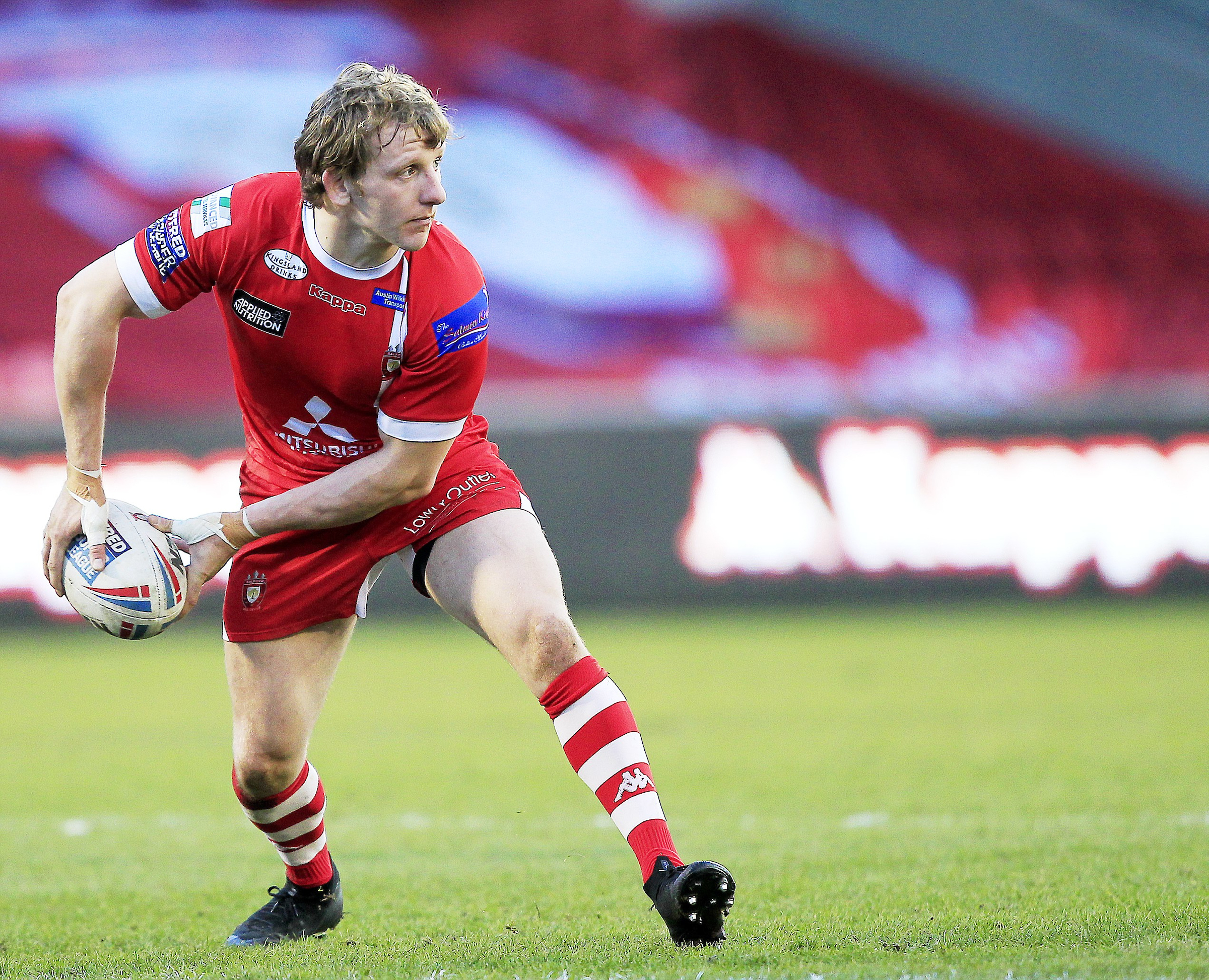 Widnes Vikings are delighted to announce the signing of Logan Tomkins on a one-year deal ahead of the 2020 Betfred Championship season.

Logan makes the move to the Halton Stadium having made over 100 appearances for Salford Red Devils, scoring eight tries during his time at the AJ Bell Stadium, which included two loan spells before signing a permanent deal in 2016.

After a brilliant 2019 campaign, the hooker helped the Red Devils reach their first ever Super League Grand Final in October after finishing the regular season in third place.

Logan’s career started out at Wigan Warriors, making 47 appearances between 2011 and 2015, which included winning the Challenge Cup in 2013 and also being a part of the squad that was crowned Super League Champions in the same season.

The 27-year-old has also featured for Widnes previously, spending the 2011 Championship season at the Halton Stadium on dual-registration, making 14 appearances and crossing for six tries.

This signing of Logan Tomkins was made possible because of contributions from members from Vikings Quids In.

Logan Tomkins commented, “I’m delighted to be joining Widnes Vikings, and I’m really looking forward to getting started and meeting all of the boys.

“The team we’re putting together is exciting, and with a coach like Tim (Sheens) coming in as well, it’s something I’m really looking forward to joining.

“Coming here on the back of the season we’ve just had at Salford is an experience I can take coming into Widnes. We had a team that worked hard for each other, and achieved great things, and I hope that we are building something similar here.

“I’m hoping I can come in and enhance the squad that we’re putting together, and hopefully help in making us competitive towards the upper end of the Championship.

“Whenever I’ve played at Widnes, the fans have always been passionate, so I can’t wait to play in front of them next year.”

Tony Gandy, Membership Secretary of VIQI, added, “It’s fantastic that VIQI members can once again feel proud that they are playing their part in helping the club secure first-class players of the calibre of Logan Tomkins.

“VIQI founding principles and future vision is to support Widnes Vikings in using the generous donations of its members to make funds available that make a difference during player recruitment and retention. Once again it’s great to see the Vikings Boards desire to recruit the best the club can afford with a real desire to drive our club forward.

“Helping the club achieve this is what VIQI is all about. The support and generosity of existing and former VIQI members has been key in providing this valuable extra funding to the club, so another big thank you goes out to all those VIQI members that have played their part by contributing to VIQI.

“Keep spreading the word that VIQI is key to maintaining the best possible Widnes Vikings squad for next season and beyond. Everyone who has made a donation to VIQI can truly stand tall, loud and proud when our team runs out next season in the knowledge that you have played your part in making it happen.”

A huge thank you to Harold Prescott & Sons for sponsoring Logan Tomkins for the 2020 Betfred Championship season.

Interested in signing up to VIQI and supporting your club? New members can join at https://www.viqi.co.uk/join-viqi.