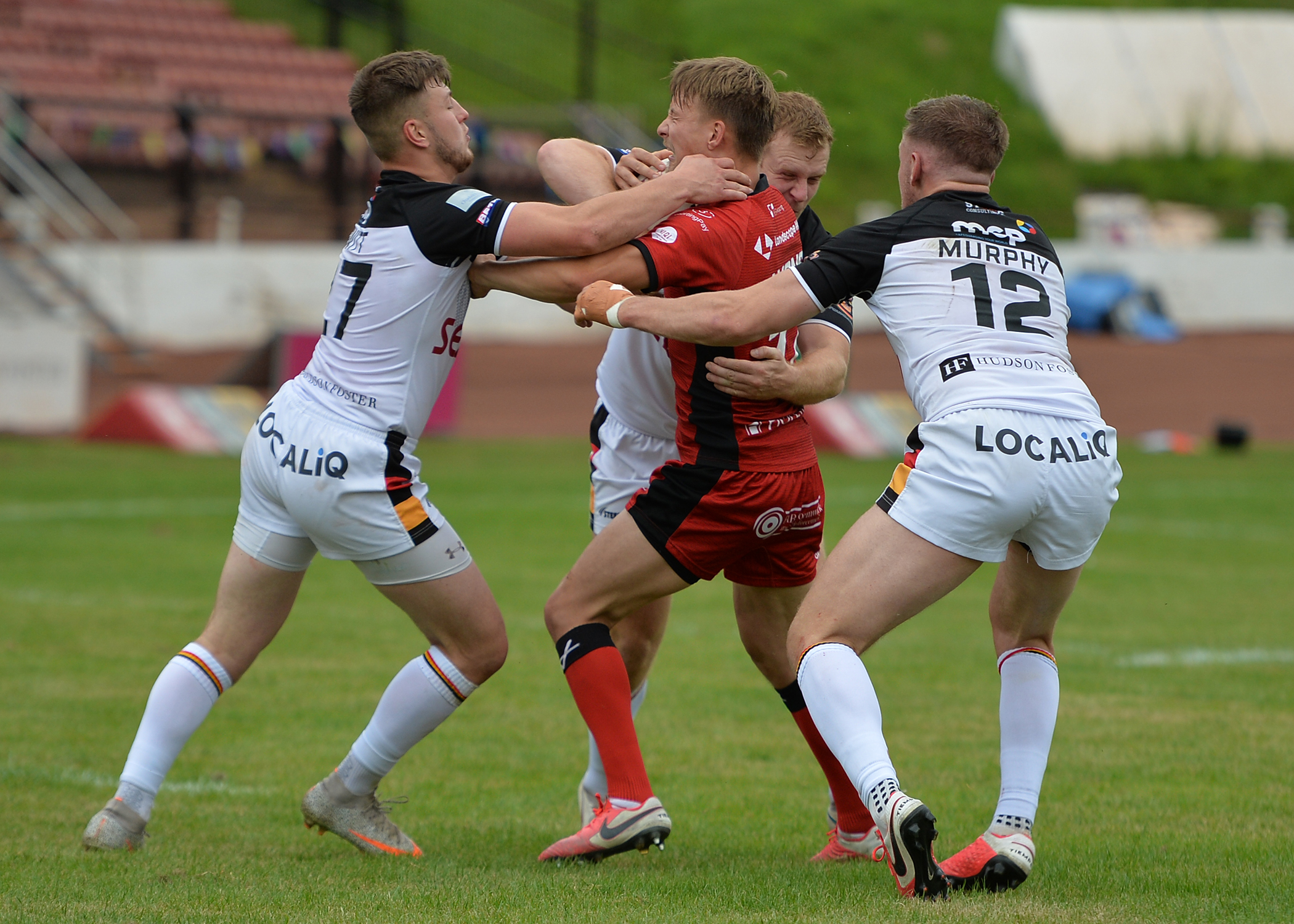 Ahead of Sunday’s visit of Bradford Bulls in Round 21 of the Betfred Championship campaign, we take a closer look at this weekend’s opponents.

Bradford travel to the DCBL Stadium on the back of a 60-6 defeat at home to league leaders Toulouse Olympique, but prior to that had won three on the bounce against York City Knights, Swinton Lions and Newcastle Thunder.

The Bulls are currently in fourth place in the league table, having won 12 of their 18 games so far this season – five more than the Vikings.

Retiring duo Paul Clough and Matt Cook both spent time with the Bulls earlier in their career. Clough was with Bradford between 2015-16, while Cook spent five years there between 2004 and 2009.

Experienced stand-off Danny Brough remains one of the most talented members of the current Bradford squad, and the 38-year-old is currently sixth in the Bulls’ all-time scoring list needing seven points to reach fifth.

Brough has 100 league points for his team so far this season, kicking 44 goals.

The Vikings are one of five teams to defeat Bradford in the league this season, having won the reverse fixture at Odsal by a scoreline of 25-12 thanks to tries from Lewis Else, Deon Cross, Jayden Hatton and Adam Lawton.

The Vikings have in fact won six of their last seven meetings with Sunday’s opponents, the only defeat being a 62-0 loss in 2019.

You can purchase tickets for the game via the button below.

Supporters can take advantage of our North Stand offer – any ticket in the North Stand is available for just £10 for our last time out this year at the DCBL Stadium.