Widnes Vikings picked up their third victory in nine days, as their busy schedule came to an end with a 38-14 win over Barrow Raiders on Sunday afternoon.

Joe Lyons became the club’s latest Club 20 inductee, marking the occasion with a try, while Jay Chapelhow and Jayden Hatton helped themselves to a brace each in the seven try triumph.

The Vikings were dominant throughout, before a late rally from the visiting Raiders led to two breakaway tries making the score line less one-sided.

Kieron Purtill made two changes to his line-up from Wednesday’s victory over Featherstone Rovers, which included Anthony Gelling’s return from injury in place of Ryan Ince. Lloyd Roby also came in, with Harrison Hansen ruled out through injury.

The first points of the contest came the way of the visitors, as a last tackle penalty gave Jamie Dallimore a simple shot at goal as Barrow took a 2-0 lead.

Widnes responded on 10 minutes, as offloads from Hep Cahill and Gelling advanced the hosts into their opponents’ half, where a Danny Craven bomb was knocked back by Jack Owens into the path of Jay Chapelhow for the prop forward to score.

Craven thought he had picked up the Vikings’ second try moments later, as he bounced off an attempted tackled before racing for the corner, only for the touch judge to claim he was in touch.

The Raiders then set up camp on the Widnes try line, as two penalties, a knock-on and a goal-line drop-out went the way of the away side. Another repeat set followed before Wartovo Puara’s kick ran dead, leading to a quick tap from Chris Dean which advanced the Vikings to halfway.

From the next play, Roby won a penalty and from the resulting set, Josh Ganson fired a flat pass to Jay Chapelhow for him to cross for his second of the afternoon.

Eight minutes before the break, the Vikings were in again as a penalty gave them a repeat set 15 metres from the try line, leading to a clever cut-out ball from Lyons which sent Jayden Hatton over for his fifth try in three games.

Neither side threatened to score for the remainder of the half, as Widnes took a 14-point advantage into the sheds.

A ruthless start to the second half saw the home side cross for three tries in the first 10 minutes, with the first of those coming three minutes after the restart, as some great footwork from Craven led to him stepping his way over on the short side.

Three minutes later Gelling came up with a brilliant break from deep inside his own half, which finished with Jordan Johnstone being hauled down on the 30 metre line. With Barrow struggling to retreat, Owens’ cut-out ball sent the returning Roby over in acres of space.

Craven then kicked a 40/20 that started Widnes just 10 metres from the try line, leading to Lyons marking his induction into Club 20 with a try under the crossbar.

Sam Wilde went close on the left edge, but knocked on under the pressure of three defenders, before Keanan Brand was held up over the line.

Lyons came up with a great hit on the hour mark that turned defence into attack, as the Vikings had the feed of a scrum deep inside the Barrow half. From that set, Hatton produced an incredible diving finish to collect his second try and take the score line to 38-2.

The Raiders finally crossed for their first try of the game on 63 minutes, as Deon Cross scooped up a wayward pass from Craven to race 80 metres and score.

Puara also produced an intercept soon after, but couldn’t go all the way, before Theerapol Ritson plucked Owens’ pass out the air to go the length six minutes from time.

That proved to be the final scoring play of the contest, as a dominant hour of play was enough to secure the two points for the Vikings. 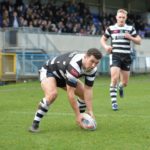 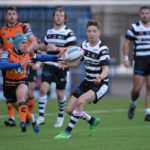 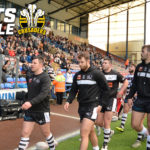