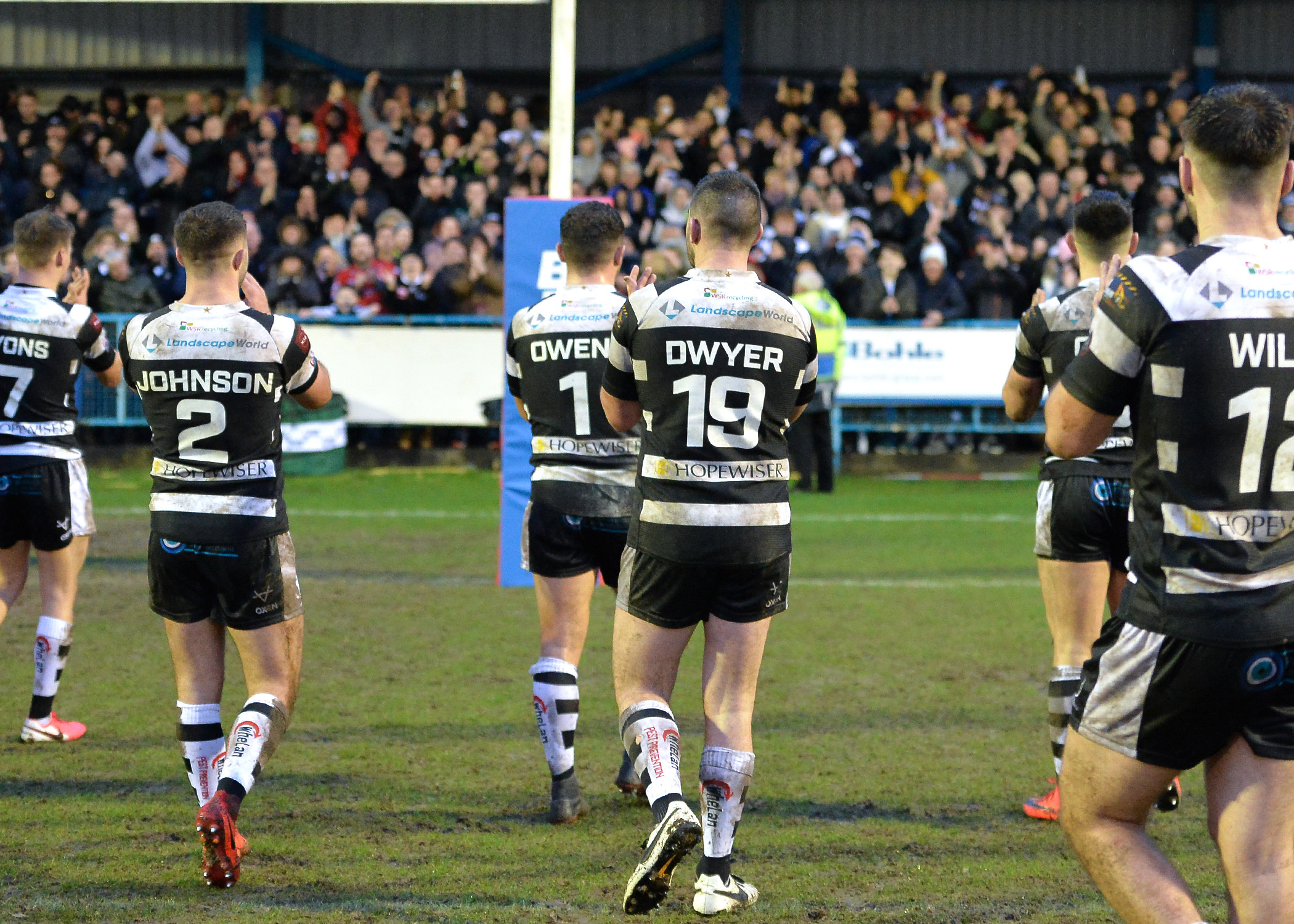 Widnes Vikings can confirm ticket details for Sunday’s trip to the Tetley’s Stadium, as we take on Dewsbury Rams in Round 3 of the Betfred Championship season (6:15pm kick-off).

The Vikings return to league action following a 52-12 victory over Oldham RLFC in the Coral Challenge Cup Fourth Round, and are on the road for only the second time so far this campaign.

After a Black and White army of over 1,000 fans made the trip to Bower Fold in Round 1, the Vikings are hoping to see another strong following on Sunday evening.

Supporters can purchase tickets for Sunday’s trip to Dewsbury from the Club Shop from Wednesday until Saturday, between the opening hours of 9am and 5pm.

Seating prices are £20 Adults, £15 Concessions and £4 Juniors, while 2020 Junior Season Ticket holders will be entitled to a complimentary Junior Swap.

Standing prices are £18 Adults, £14 Concessions and £2 Juniors, with the club receiving 20% of all sales made through the Club Shop prior to the fixture. Widnes Vikings will gain no revenue from any purchases made on the gate.

The last time Widnes made the trip to the Tetley’s Stadium was in the final round of the 2019 season, with the visitors running out 22-8 winners.

Current club captain Jack Owens scored a length of the field effort, Owen Buckley crossed for a brace and Chris Dean marked the final game of his rugby league career with a try.

Make sure you join the Black and White army in their latest trip to Dewsbury this Sunday, as the Vikings look to pick up their second away victory of the season.

*The Stadium Shop will be open on home match days from 10am until kick-off.