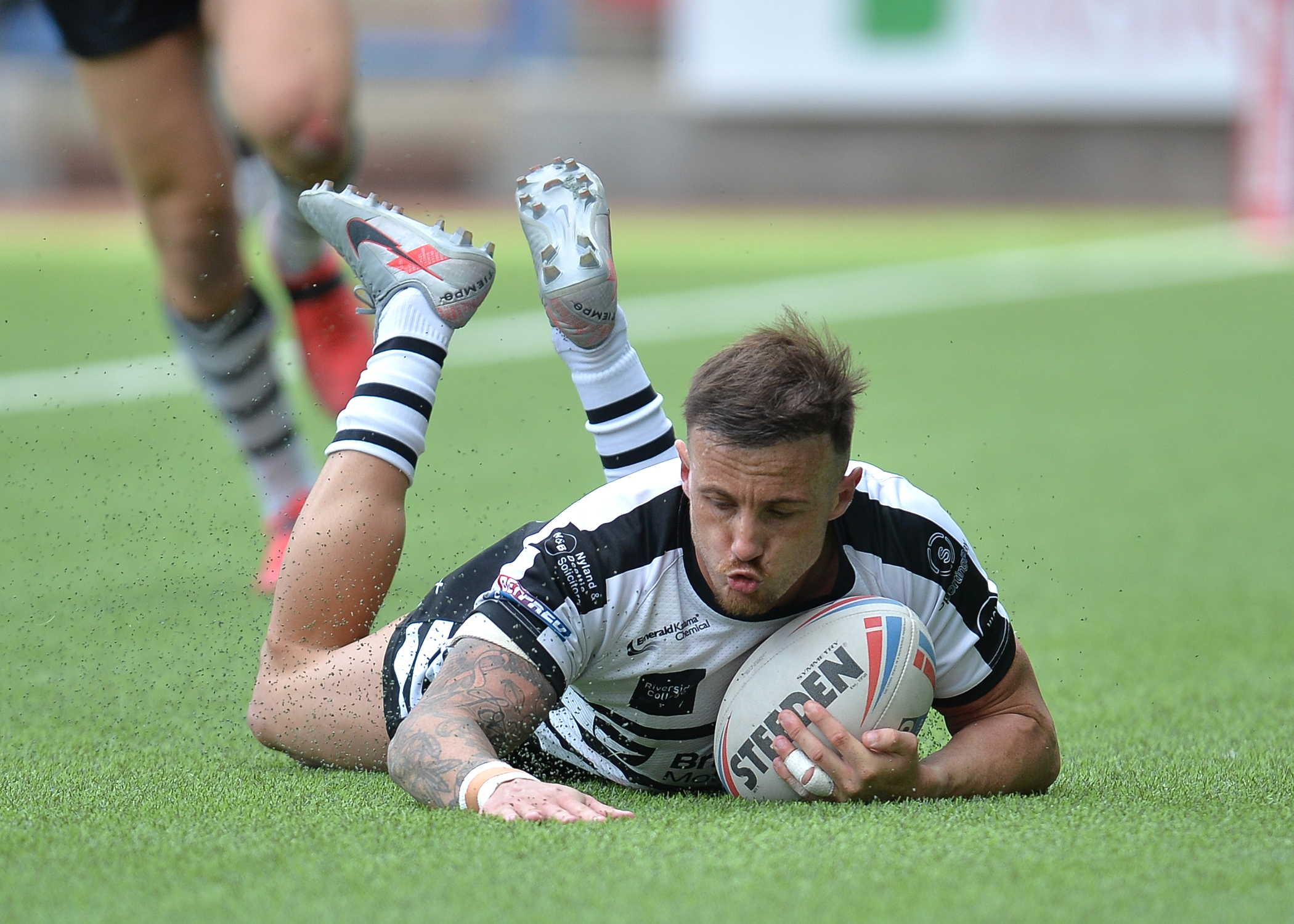 Widnes Vikings can confirm that Danny Craven has signed a new two-year deal which will keep him at the DCBL Stadium until at least 2023.

The halfback has been with the club since joining the Academy in 2009, making the step up to first team a year later with his debut coming against Whitehaven at the age of just 18.

Since then, Danny has racked up 146 appearances for the club, scoring 52 tries, kicking 43 goals and notching up five drop-goals to amass 299 points so far.

As well as ensuring he remains at the Vikings for the next two seasons at least, the halfback will also be granted a testimonial that will run into 2022 in recognition of over 10 years’ service to the club.

Having made his first team debut in 2010, this season marked Danny’s 12th at senior level having spent his entire career with Widnes, only playing elsewhere during loan spells.

Despite significant interest for his services elsewhere throughout his time with the club, the halfback has stayed loyal to the Vikings and back in 2019 agreed a new deal which involved taking a significant pay cut during the restructure to a part-time operation.

The deal is also a significant one for his future off the field, as the Vikings’ number six will also be combining his playing role with an off-field role as part of the club’s staff.

This will see Craven look to secure a career once he hangs up his boots, with the club confident that he can become a valuable asset off the field as well as on it in the years to come.

With Jack Owens also pledging his future to the club with a three-year deal, the announcement of Danny’s new contract offers another huge boost ahead of the recruitment drive for next season and beyond.

On signing a new deal with the club, Danny Craven commented: “I’m over the moon to have signed for another two years.

“I’m going into my 12th year now and it’s the first time in a long time I have been out of contract before I have renewed, so to have it sorted and out the way is pleasing and I’m looking forward to the next two years.

“I’ve had two children and they have grown up as Widnes fans, and even though I’m originally from St Helens I probably class myself as an adopted Widnesian.

“When the opportunity arose to stay at Widnes for another two years I didn’t think twice about it, and that was always my priority.

“I’ve been through everything here, from the highs of being promoted to Super League to the lows of administration, and I genuinely believe that we’re on the way back up again so I am glad to be a part of it.”

This re-signing of Danny Craven has been made possible thanks to the incredible support of Vikings Quids In members, who continue to support the club with their monthly donations.

Members of VIQI are vital in helping the club’s retention and recruitment drive year on year, and the club would like to express their gratitude to all of those who’s donations have made the re-signing of Danny possible.

Mike Crompton, Chairman of VIQI commented: ‘This is great news for Widnes Vikings supporters and VIQI members. The whole purpose of VIQI is to help support the retention of players such as Danny. His passion and commitment has never wavered and we need players of his quality in order to take our great club forward.”

The Vikings would also like to thank long-standing partners OM Contractors for their continued support of the club, which extends to their sponsorship of Danny Craven over the last four seasons.

Local business OM Contractors have been associated with the club since 2017, taking out a number of Match Sponsorship packages as well as being proud kit partners of both the Academy and First Team.

Danny Craven is proudly sponsored by OM Contractors for the 2021 season.