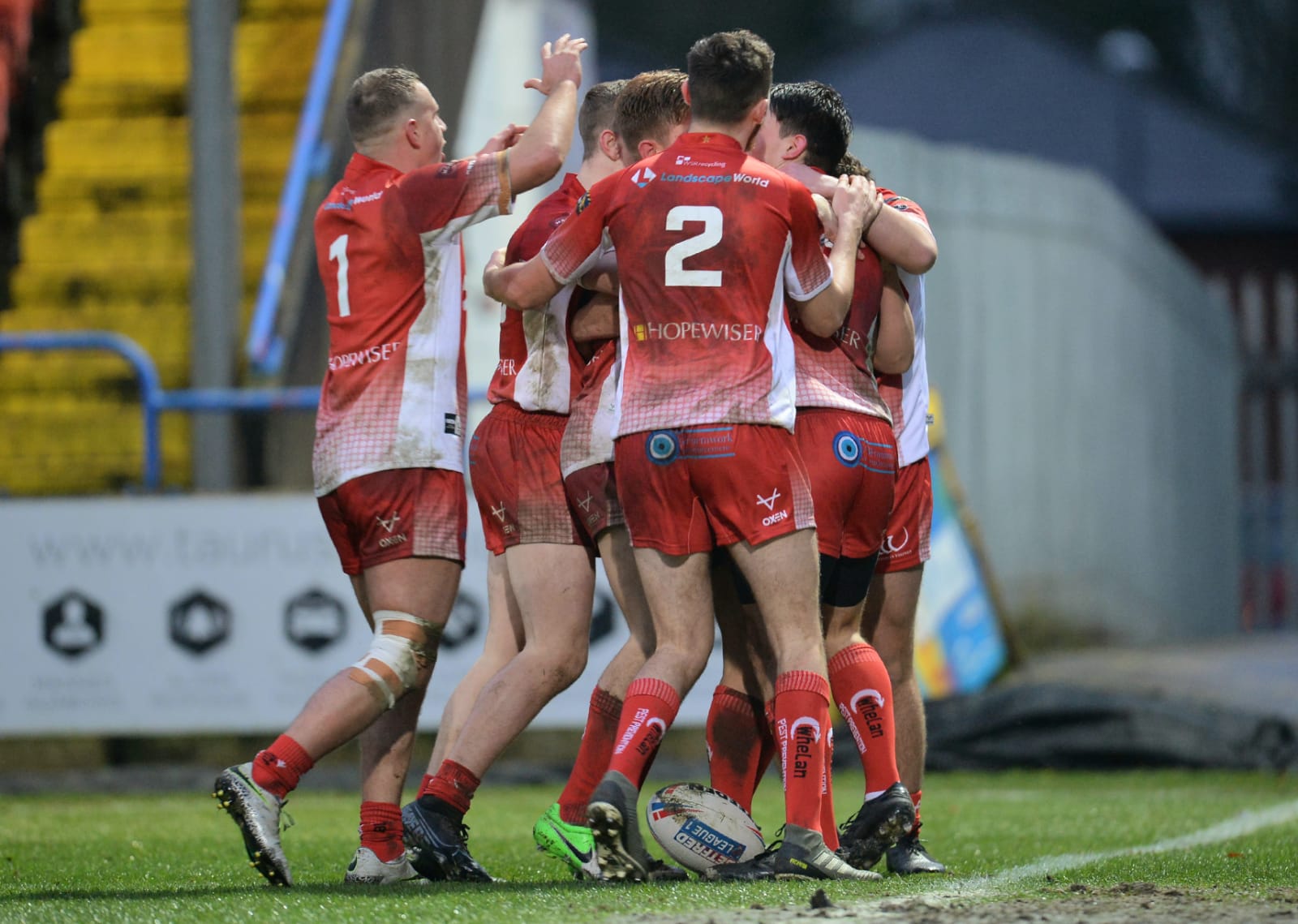 On the back of last weekend’s win over Rochdale Hornets, tickets for Sunday’s game against Castleford Tigers are available to purchase at the market as well as online.

Also being used for the first time is the recently built matchday shop next to the previously used ticket window in the South Stand. This shop will be the place for matchday tickets to be sold, along with some merchandise and replica kit on sale. The shop at the DCBL Stadium will be open from 10am on Sunday, right up until kick-off at 3pm.

The new matchday stadium shop will also be open on this Thursday, at the DCBL Stadium between 5pm-8pm, for supporters not able to get to the Market Shop during office hours.

The South Stand is open for Widnes Vikings supporters to use, with a number of tickets already sold for the fixture against Daryl Powell’s men.

This fixture is an all-ticket game, with allocated seating in place. Castleford Tigers supporters for this game will be housed in the Pat Price Stand for this game.

All tickets will now have a single-use QR code printed on them which will be scanned at the turnstiles to admit entry to supporters. This system is also being used for online purchases, with supporters able to use an E-Ticket on their mobile device or print their ticket at home, helping to eradicate queuing outside the South Stand on match days.

During the pre-season fixtures against both Castleford Tigers and North Wales Crusaders the ticketing system, featuring the new QR codes, will be utilised for the first time.

The club is working hard to ensure access to tickets/merchandise/the club is more accessible for all, both on and offline, and we understand this may come with teething problems, but we appreciate your co-operation in anticipation of Sunday.

Secure your seat to watch the Vikings take on both Castleford and North Wales, by heading into our Market Club Shop during the week, the matchday shop at the DCBL Stadium or by purchasing online.