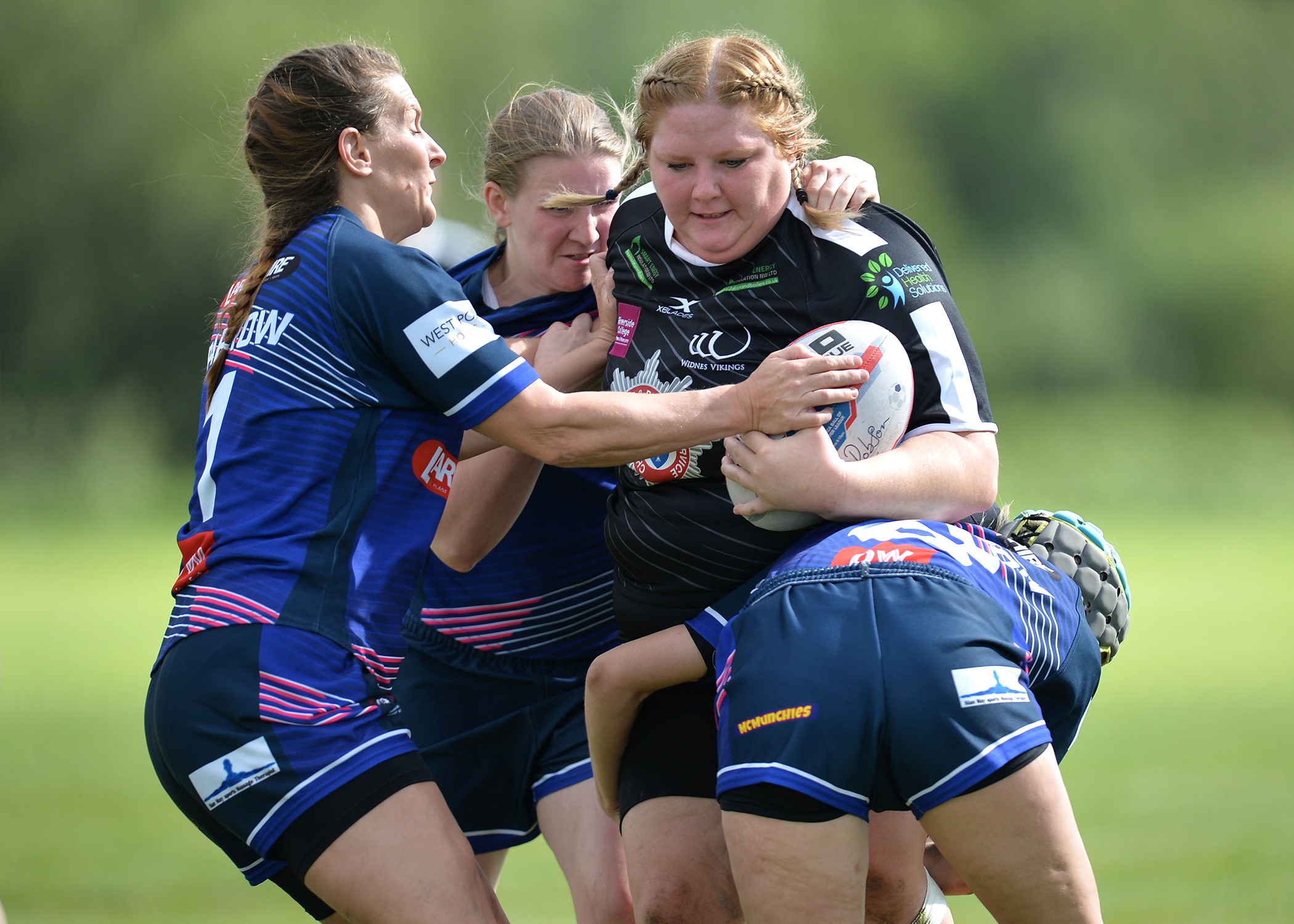 After a solid first half, any thoughts Widnes had of three successive victories were dashed by an impressive Barrow side who kept them scoreless in the second 40 minutes to emphasise their dominance in a 25-6 victory.

They were finding it difficult to get in their opponents half but defensively Widnes were working overtime and successfully managing to keep Barrow from crossing the line.

It took 20 minutes before they launched any meaningful attack and this was down to a spectacular 70 metre run by Abby Latchford. Although this attack fizzled out, Casey Naylor launched the next one by stealing the ball 40 metres from the try line.

Widnes forced a goal line drop out and Naylor proved unstoppable as she crashed over close to the posts. Aimee Cleaver converted to make it 6-0.

The remaining 15 minutes of the half saw Barrow in the ascendancy again and although Widnes had defended well it was no surprise when the visitors reduced the arrears.

A penalty for holding down saw them deep in the Widnes half, and a great pass put in full back Michelle Larkin.

Two penalties at the start of the half gave Widnes an excellent scoring opportunity but a knock on prevented any progress.

Barrow went straight upfield and a defence splitting pass put Emily Stirzaker in the clear. The impressive stand off showed great pace to score and when Jodie Litherland added the conversion, Barrow never looked like relinquishing their lead.

The structure Widnes had shown in the first half began to unravel ,and handling errors began to increase.

Barrow scored again when Larkin sliced through for her second try and with Litherland’s conversion making it 6-16, it already looked an uphill task for Widnes with 28 minutes left.

A knock on close to their own line put Widnes under further pressure and when they conceded a penalty Barrow opted to take the two points to stretch their lead.

Five minutes later, hooker Beth Lindsay kicked a cheeky drop goal which clipped the bar on its way over.

In the dying moments of the game, Lindsay scored Barrow’s fourth try which Litherland converted to complete a miserable afternoon for the Vikings.