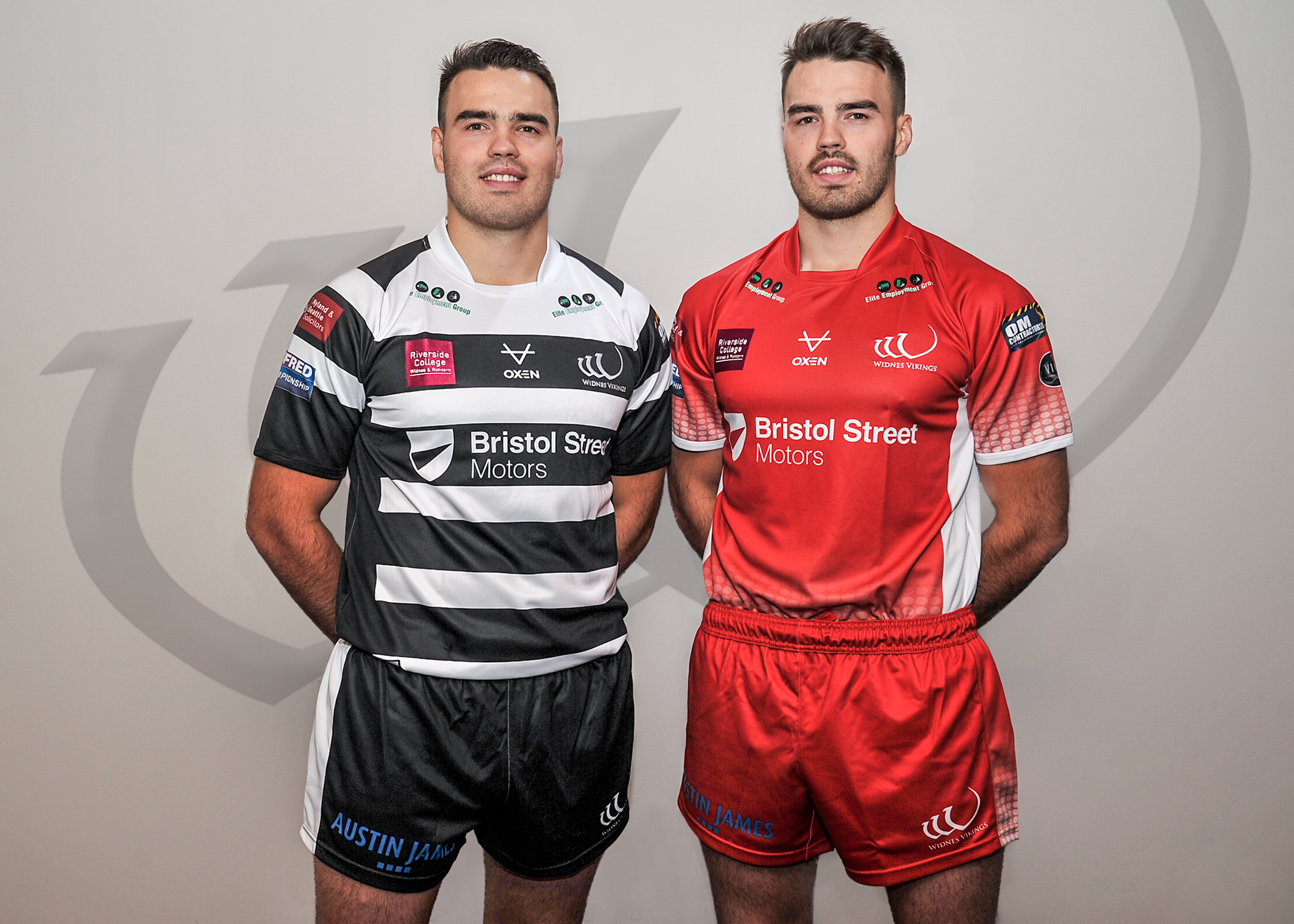 Widnes Vikings launched their Oxen Sports 2020 Home and Away kits ahead of the Betfred Championship season on Tuesday evening, at an exclusive event for Early Bird Season Ticket holders.

Held in the Bridge Suite at the Halton Stadium, the launch event gave those who purchased their Season Ticket at the earliest opportunity the first chance to see the fantastic new designs.

Over 200 supporters packed out the Bridge Suite for the official launch of the 2020 Home and Away kits, as representatives from the First Team, Reserves, Academy, Scholarship, Womens Team, Learning Disability SL Team and Early Bird Season Ticket holders emerged on stage in the new designs.

Shane Grady, Dec Baker, Dan Hill, Aidan Doolan, Scott Riley and Aimee Cleaver were joined by Joseph Barraclough, Lexi Vowles and Leon Woods who all purchased a 2020 Season Ticket in the Early Bird period and were the lucky winners of a Kit Launch competition.

Shane Grady re-joined the club ahead of the 2020 season, as the second-rower started his career with his hometown club before spending time with London Broncos, Dewsbury Rams and Halifax RLFC.

Dec Baker will be representing the Vikings Reserves this season with the Widnes-born front rower playing his community rugby league at both Widnes St Maries and Halton Farnworth Hornets.

Daniel Hill hails from Newton Le Willows but has also played community rugby league with Halton Farnworth Hornets, with the 17-year-old fullback set to feature for the under 18s in 2020.

Aidan Doolan is a halfback who can also operate as a hooker, with the 16-year-old currently part of the Vikings Scholarship system having featured for Halton Farnworth Hornets at community level.

Aimee Wood was named 2019 Player of the Year for the Vikings Women in her debut season, going on to end the season by representing Great Britain Teachers against the Army and Wales.

Scott Riley is a 27-year-old who represents the club’s Learning Disability Super League team, picking up the Players’ Player of the Year Award after a great try-scoring season.

Supporters Leon Woods, Lexi Vowles and Joseph Barraclough were also chosen after becoming lucky winners of our Early Bird Season Ticket holder draw, being rewarded for their unwavering support of the club.

A traditional black and white hooped home kit has been partnered by a red and white away strip which pays homage to the alternative colours of the club’s past.

The Vikings have entered a new and exciting partnership with Oxen Sports which will see the club continue to work alongside Elite Pro Sports as official kit suppliers in 2020.

This coincided with the launch of the official 2020 Training Range on Friday afternoon, before revealing the kits that Tim Sheens’ side will be wearing next season.

The club has worked hard alongside Elite Pro Sports and Oxen Sports to produce products that incorporate the proud history and tradition of the club, while creating a clear and recognisable identity which has been lacking in recent times.

Supporters will be able to purchase the new 2020 Home and Away shirt from the Club Shop, located within Widnes Indoor Market, from 9am on Wednesday 20th November, with the range also available online simultaneously.

A full pricing structure can be found below, please note that socks are currently not on sale.

HOME AND AWAY SHIRT PRICING

HOME AND AWAY SHORTS PRICING