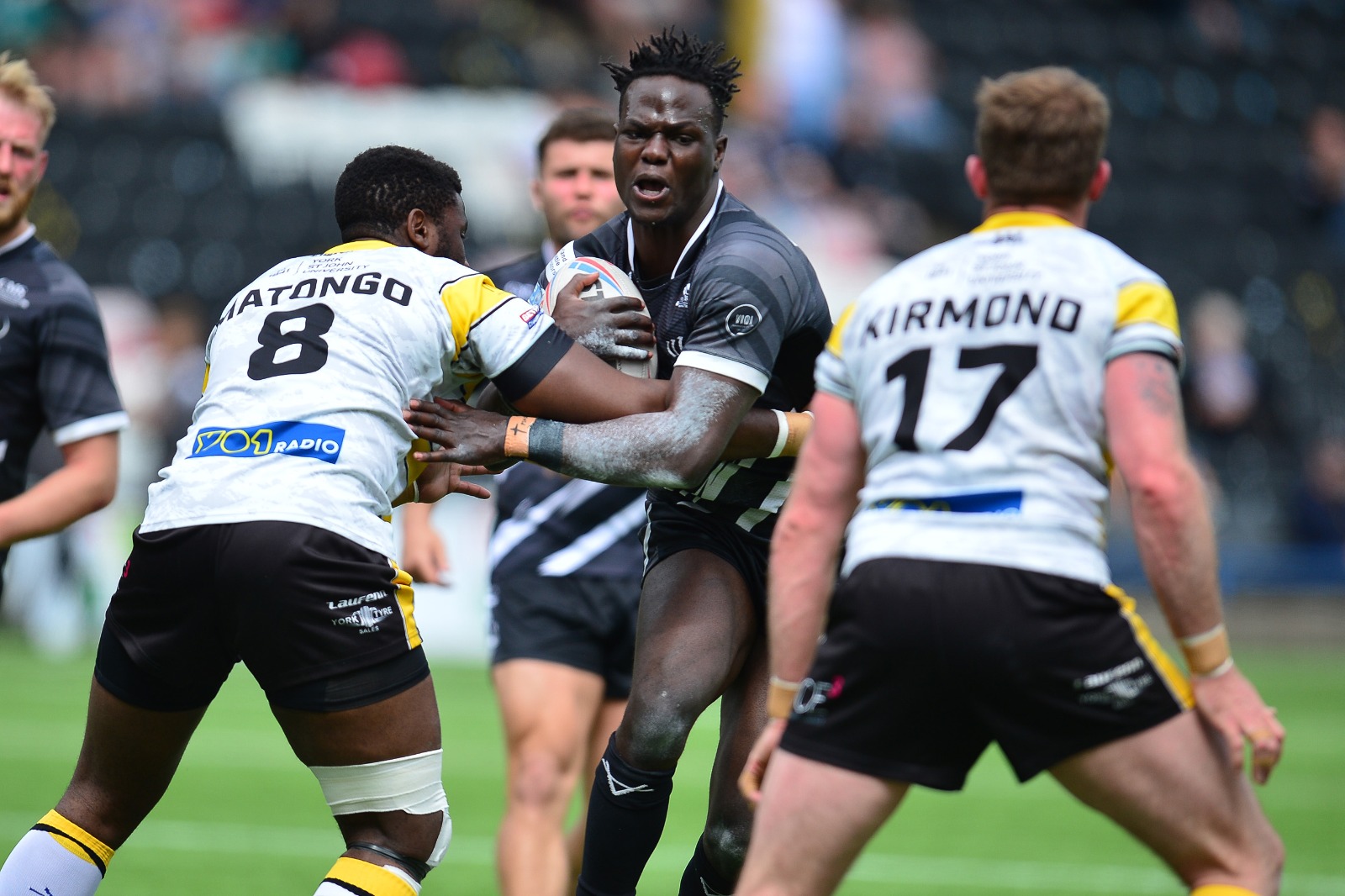 Sunday saw the Vikings entertain a York side who currently sit third in the Betfred Championship, with Widnes losing out by just two points.

A closely fought encounter saw the visitors come away with a 16-14 win despite only being in the lead for five minutes of the game.

The Vikings were on top for the vast majority of the game but two tries in the second half saw the visitors take the two Championship points.

We opened the scoring in the third minute when a well worked play left to right saw halfback Matty Smith break through the York defence. Smith drew in the fullback and put Danny Craven into space to open the Vikings’ account on his 200th appearance. The try was successfully converted by returning captain Jack Owens to put us
6-0 ahead.

The game ebbed and flowed with both sides completing their sets at a high rate and gaining good field position in the process. After a couple of back to back sets on the Vikings line, York managed to post their first points of the
day with a try in the corner through winger Joe Brown, but Jamie Ellis missed the conversion from the sideline.

We overcame some tough moments and defended our try line well, and following a strong defensive set in the York half, we had another shot at them in good ball attack where we again went from left to right with Smith throwing a lovely cut out ball to Matt Fleming who put Ryan Ince away in the corner to finish in spectacular fashion. This try put us out to a 10-4 lead.

Four minutes before the half time break, Ince crossed for his second of the game after great interplay between Smith, Owens and Fleming with the slick hands to put the Vikings out to a two score lead at 14-4.

Danny Craven was then sent to the sin bin for a professional foul a minute before the half time break which gave the Vikings a tough start to the second half with 12 men on the field.

Despite some early errors and gifting York
some cheap field position, we showed some resilience and held them out for the sin bin period.

On 56 minutes a last tackle kick lofted out to the York right hand edge, where winger Joe Brown out jumped the Vikings winger to score his second try of the game and put James Ford’s men back within a try after Jamie Ellis
turned the four pointer to six.

In the final 20 minutes of the game both sides threw a lot of shape at each other, testing the defences of both teams. The Vikings could have scored more points with a bit more composure in the opposition half.

On the end of a controversial couple of calls, the Vikings stood firm in their defence up until the 74th minute when centre James Glover broke a couple of tackles and passed the ball to the supporting Matty Marsh to put the Knights on level terms. With Jamie Ellis adding another conversion, this put the Knights out to a 16-14 lead which was the first time in the game they had been in front.

We had two more good ball sets which we had to force our hand with and unfortunately made errors on both of those sets, letting York hold on for a win in a game which was within our grasp.

Our next game sees us host London Broncos back at the DCBL Stadium, in which we will be looking to get back to winning ways and start climbing the Championship table.