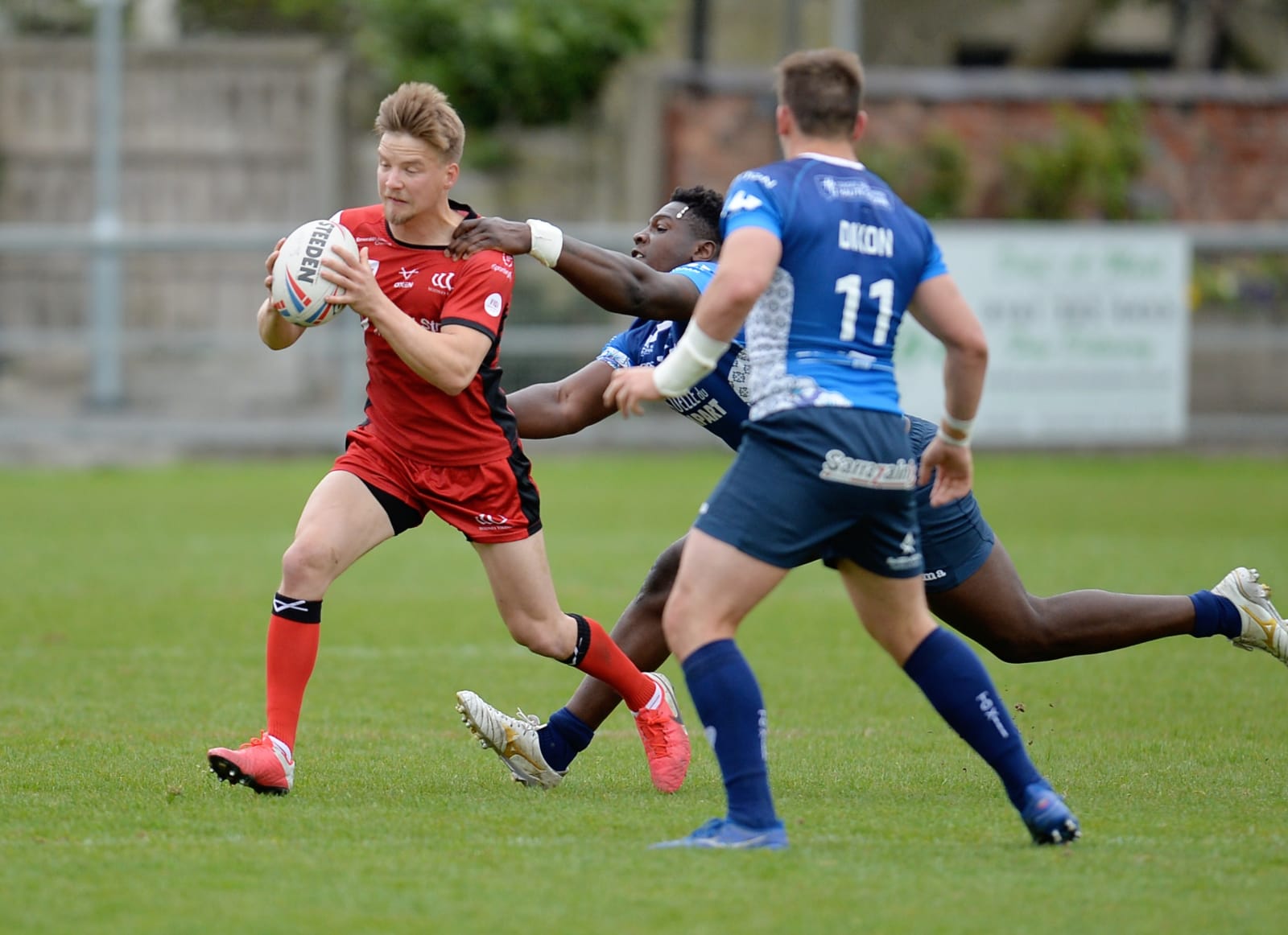 Widnes Vikings fell to a heavy defeat at Heywood Road on Sunday afternoon, as a dominant performance from Toulouse Olympique saw off Simon Finnigan’s men.

After an even opening 10 minutes, in which both sides were probing for a break through, former Vikings Lloyd White broke the deadlock when he pounced on his own grubber after it had rebounded off a couple of defenders.

From the kick-off set the French outfit went back-to-back as Mathieu Jussaume forced his way over on the right edge.

After a quarter of the contest Toulouse had their third, with Justin Sangare charging over from close range on the last tackle, opening up a 14-point advantage.

Adam Lawton then came up with a ball steal from the kick-off, and managed to force his way over the try line but was held up by the defence. Two tackles later Ellis Robson was also held up over the line, with the Vikings unable to turn pressure into points.

Andrew Dixon had his first try of the game soon after, as he reached out and found the try line following a six-again call.

With five minutes of the first half remaining, Lawton managed to get over the try line after Matty Smith’s kick was knocked on into his path, only for offside to be called by the touch judge ruling the score out.

Up the other end of the field Dixon grabbed his brace, stepping back inside to find a hole in the defence to score.

With the final play of the half, Toulouse ran the ball on the last tackle with Jussaume finding a gap before Jy Hitchcox stepped past Jayden Hatton to round off the half with a try.

Anthony Marion’s missed conversion meant that the lead was 30-0 when the hooter sounded.

The second half started how the first finished, as Mitch Garbutt strolled over under the stick through a gaping hole in the defence.

Some resistance was offered by the Vikings for the 10 minutes that followed, but their resolve was broken when Jordan Flovie found a way over on the left edge to bring Toulouse past 40 points.

Eloi Pelissier was next on the scoresheet, bouncing off an attempted tackle to score from dummy half before a high tackle from Adam Lawton saw the back rower sent to the sin bin.

With a man advantage, Toulouse hit the 50 mark when fullback Latrell Schaumkel chimed into the line and raced in between the centre and winger, before Pelissier had his second of the game moments before the Vikings were back to 13-men.

Dixon completed his hat-trick with nine minutes remaining, before Pelissier also scored his third of the game inside the final stages as Toulouse hit the Vikings for 70.