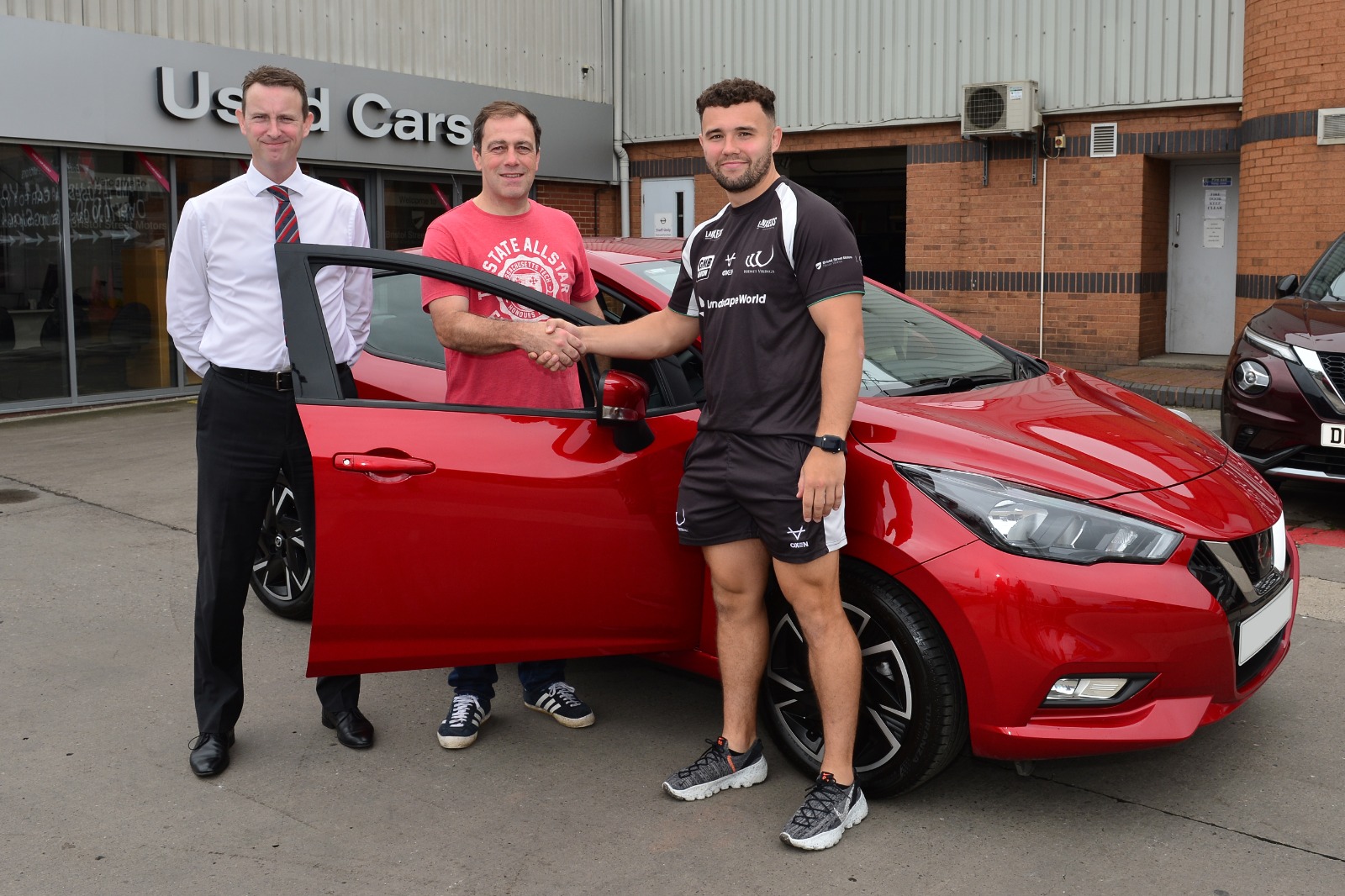 Lifelong Widnes fan and Season Ticket holder John Sharpe couldn’t quite believe it when he found out he was the proud winner of our Bristol Street Battle free prize draw for a nearly-new car.

To thank our fans for their support, we decided to give away a Nissan Micra from Bristol Street Motors Nissan Widnes, who have also been fantastic supporters of the club and were one of our first major new partners after the takeover of the club in 2019.

Every supporter who bought an adult or concession ticket for either of our home games against Barrow Raiders or London Broncos, as well as our Summer Bash clash with Barrow, and all Season Ticket holders who scanned in for the two home games were automatically entered into the free prize draw.

Lifelong Widnes fan John Sharpe was the lucky winner of the car. John has held a Season Ticket at Widnes since 1977, when he was just seven years old.

John said: “I missed the live draw so I thought it was a wind-up when my phone went and the voice said it was Jack Owens! It was only when I heard my phone pinging away with notifications that I realised it was real. It still feels very surreal!”

Mark Prince said: “We’ve been partnered with the club for two or three years and the club had a vision at the start of this season to do something different. To get to this point that we’re at now, with so many thousands of people having entered, it’s great to see. For us as a business to be partnered with the club, and to be able to supply the car, has been fabulous.”

Jack Owens added: “Due to our strong partnership with Bristol Street Motors Nissan, it’s been great to be able to do the car giveaway. We’ve had so much engagement and a real buzz around the club about it. For John to be the lucky winner, it is fantastic, he is a lifelong fan and will no doubt continue show his support of the club for many more years to come.”

More content on our Bristol Street Battle free prize draw will follow next week – keep an eye on our social media channels.