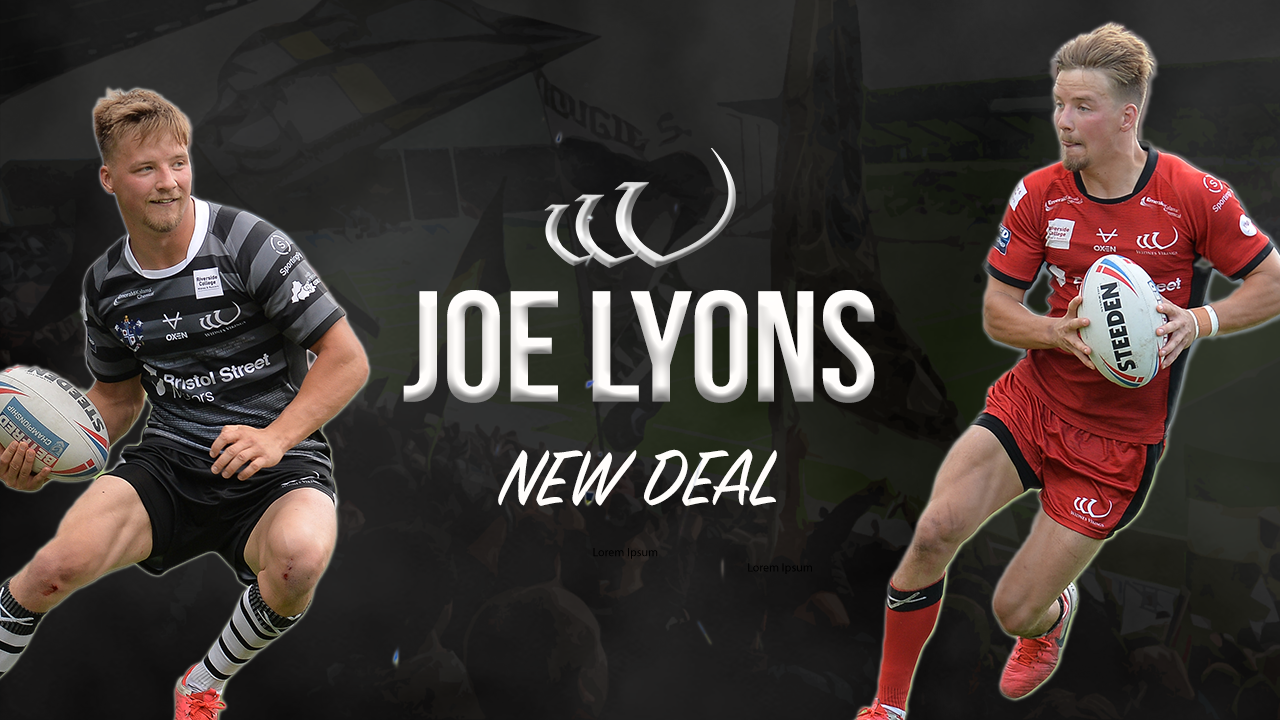 Widnes Vikings can confirm that halfback Joe Lyons has signed a new two-year deal with the club to remain at the DCBL Stadium until at least 2023.

Widnes-born Joey began playing rugby with the local Moorfield club before eventually joining the Widnes Scholarship Programme at the age of 14, and progressing through the club’s Academy structure to captain the Under 19’s in 2017.

Joey made his senior debut in 2018 before spending some time on loan at North Wales Crusaders that season.

He has established a firm partnership with Danny Craven as the halves of Simon Finnigan’s side this season, missing just one game in 2021.

On signing his new contract, Joe said: “I’m made up to be staying. It’s something I’ve always wanted to do. We’ve got a good group of lads here and I’m looking forward to next year already.

“It was always my dream to play here and to do it week in week out in front of these fans who I used to sit with as a kid, it means a lot to me and my family.”

Joe Lyons is sponsored in the memory of Liz Hindley for the 2021 season.