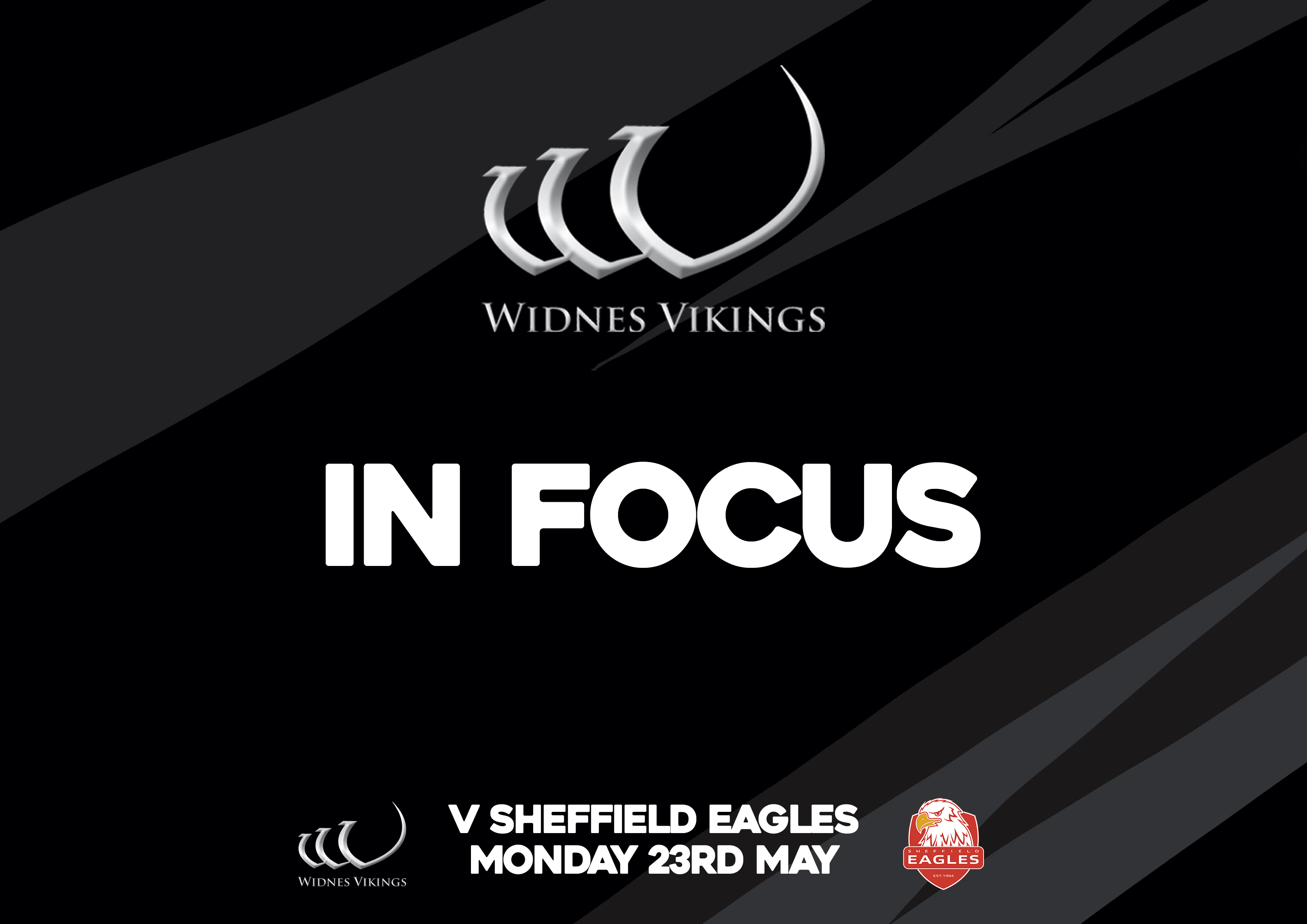 It’s time to take a closer look at Monday evening’s opponents, Sheffield Eagles, before we face them live on Premier Sports…

The Vikings take the trip to Sheffield’s new home at the Olympic Legacy Park on Monday evening (7.45pm kick-off) on the back of a forty-point victory against Whitehaven at home last week, and will be looking to start another win streak next week.

More players are set to return from injury in the game, as detailed in our Team Talk earlier in the week.

Hull born half-back Thackeray spent three seasons at the Vikings, appearing 69 times for the Chemics before joining Halifax. From there he had spells at Dewsbury Rams and Featherstone Rovers before joining Sheffield Eagles in 2019. In his first season at the Eagles, Thackeray won Man of the Match as they won the inaugural 1895 Cup trophy against the Vikings. Now at the age of 36 and entering the final months of his playing career, ‘Thacks’ will be looking to end his career on a high by leading the Eagles as high up the Championship table as possible.

Veteran centre Welham joined the Eagles for the 2022 season from Yorkshire rivals Featherstone Rovers. He comes into the Sheffield side as another player with bags of Super League and Championship experience. After spending 10 seasons at hometown club Hull Kingston Rovers, appearing over 190 times for the Robins, he joined Bradford Bulls in the Championship before heading back to Super League with Salford Red Devils. His career has seen him make over 330 appearances for his respective clubs and he has represented England Knights on one occasion.

A product of the Hull Kingston Rovers academy, Guzdek has since gone on to play for Keighley Cougars and Dewsbury Rams before joining Mark Aston’s side in 2019 where he has been a consistent performer ever since. He has the ability to play at fullback, centre or wing.

Aaron joined us ahead of this season from Sheffield Eagles where he had enjoyed a three-year spell with the South Yorkshire outfit. Browny scored a hat trick in the 1895 final against which the Eagles won at Wembley Stadium. Making 60 appearances for Mark Aston’s side, Aaron was a big figure in the Sheffield side over his time there.

Similarly to Aaron Brown, Olly joined the Vikings ahead of the 2022 season from Sheffield Eagles where he enjoyed a four-year spell under Mark Aston. Olly played 81 games for the Eagles through his spell at the club. He also won the 1895 Cup with the Eagles.

Club captain Jack Owens had a short spell at the Eagles in 2017 after he left Super League side St Helens. Owens made 17 appearances, scoring five tries and kicking 26 goals. The season after saw him join Leigh Centurions before returning to his hometown club in 2019.

‘Speds’ represented the Eagles on dual registration from St Helens in 2017 and 2018, scoring 10 tries in 28 games for the ‘steel men city’ side. Jake later went on to play for Barrow Raiders and Featherstone Rovers before joining the Vikings in 2020.

Aforementioned ‘One to Watch’ Thackeray spent four seasons with the Vikings from 2008-2011. Thackeray has been a consistent figure in the Eagles side since his arrival from Featherstone Rovers in 2019.

A limited number of tickets for the game on Monday evening are still available from the Club Shop at Widnes Market this afternoon (Friday) until 4pm, and any still remaining will be on sale tomorrow (Saturday) there between 10am and 3pm.

Tickets will not be available on the day at the Olympic Legacy Park.