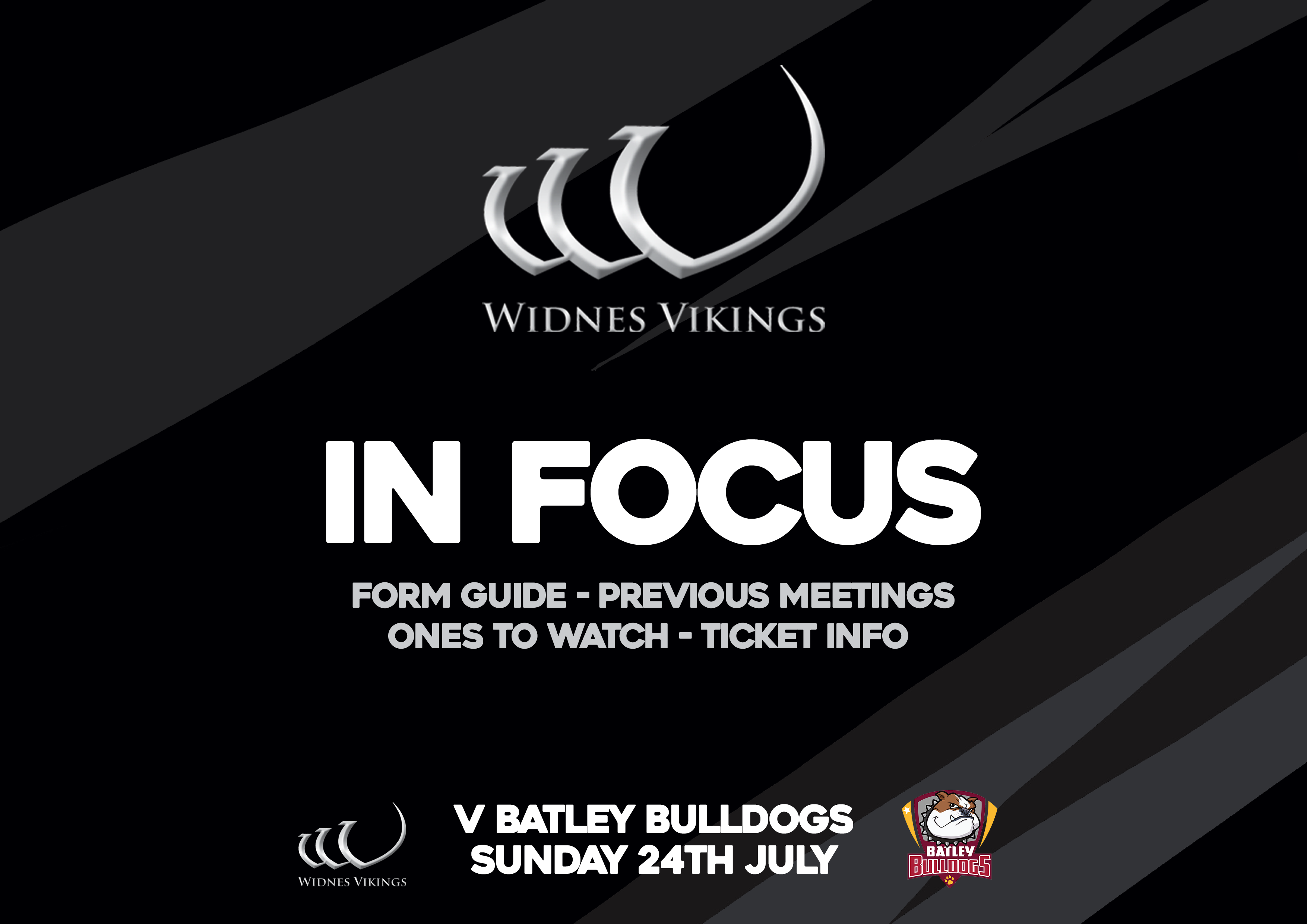 Ahead of this Sunday’s trip to Batley, let’s take a closer look at the Bulldogs as the Vikings look to go five from five…

This week’s opponents, Batley Bulldogs, will pose a stern test to a resurgent Vikings side. Craig Lingard’s side have gone unbeaten in the last eight games, winning seven and drawing one.

Since their last loss at home to promotion hopefuls Leigh Centurions, Batley’s winning streak includes impressive wins away at Whitehaven which is one of the toughest away grounds in the Championship, and claiming a big scalp away to Featherstone Rovers where they produced an excellent performance to inflict Rovers’ second defeat of the season at the LD Nutrition Stadium.

With both sides in a good run of form it bodes for the game on Sunday to be a hard fought encounter with both teams looking to keep their winning runs going as we enter the latter end of the Betfred Championship season. The Vikings are still looking to sneak into play-off contention, whereas the Bulldogs are currently sitting fourth in the Betfred Championship with their sights set on third-placed Halifax Panthers.

Former Vikings halfback Gilmore has spent the past two seasons at the Fox’s Biscuits Stadium and has been a consistent performer in the Batley side, forming a strong half back partnership with Ben White. ‘Gilly’ has the ability to guide his team around the field and uses his astute kicking game at the end of sets which often lead to tries for the Batley edges.

Hooley joined the Bulldogs for the 2020 season and has been another consistent performer for them at fullback under Lingard. Hooley has a knack of latching onto the end of high kicks in good ball and an ability to find space out of the back of shift plays. Hooley has previously had spells at Wakefield Trinity, Oldham Roughyeds and Dewsbury Rams.

Walshaw is a product of the Wakefield Trinity academy system and debuted for Trinity in 2011. After a number of Super League appearances he joined his home town club Dewsbury Rams on loan before signing a permanent deal with them and going on to make over 100 appearances for the Rams. Walshaw joined Batley in 2020 and plays right edge back row, using his big frame to ride tackles and get above people to attack kicks and score points on the end of them.

Printed tickets will not be available from the Club Shop at Widnes Market for this fixture – click the button below to purchase your tickets online, or alternatively you can buy on the day at the stadium for a slightly increased price.