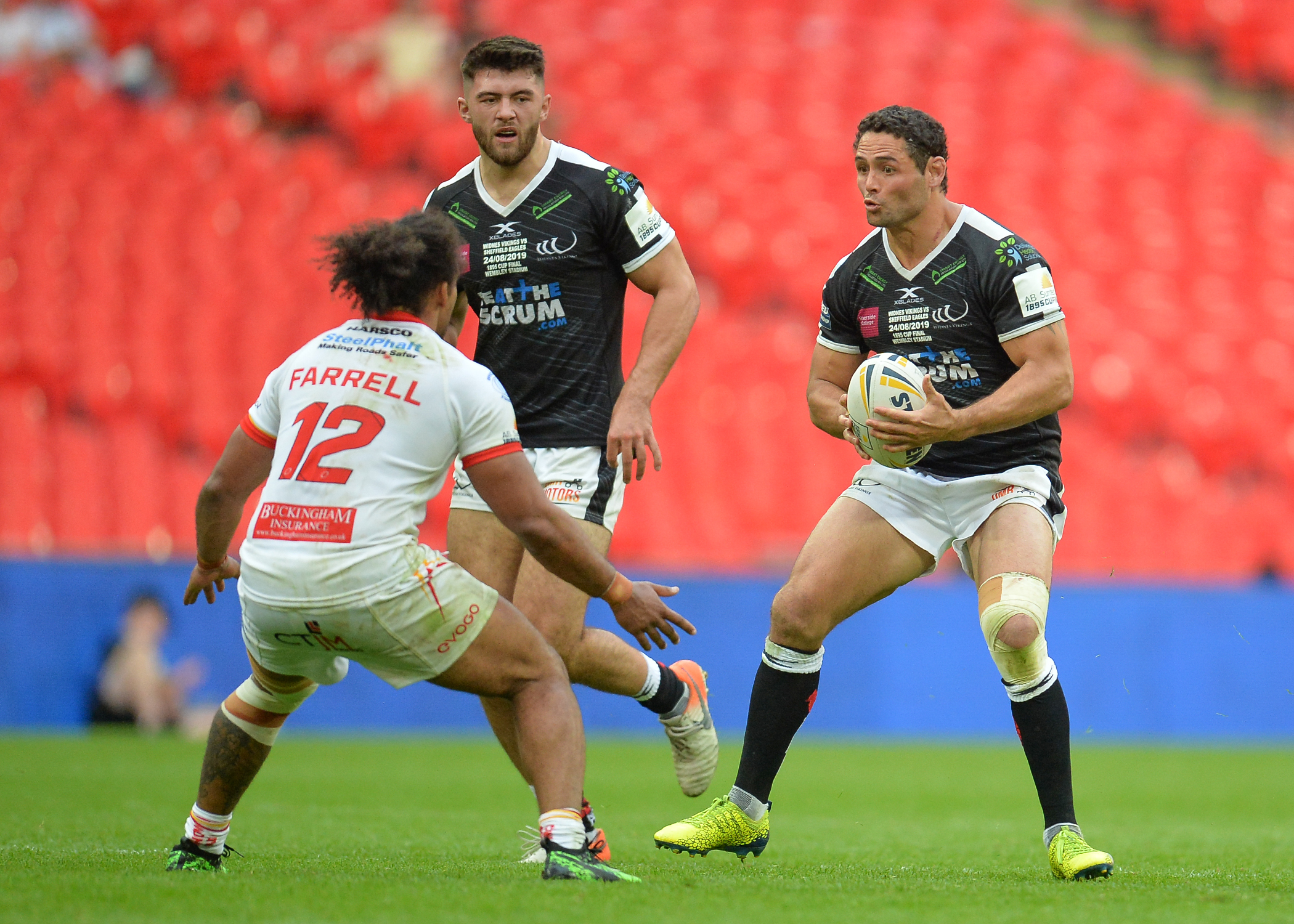 Widnes Vikings can confirm that Hep Cahill will leave the club at the end of his current contract, as revealed by the player on his personal Twitter account on Tuesday evening.

Hep has been a loyal servant to the club, playing 168 times for the Vikings and scoring 10 tries since his move to the Halton Stadium in 2012.

This season, he became the first captain of the club to lead Widnes out at Wembley in 26 years in the 1895 Cup Final against Sheffield Eagles back in August.

Hep announced the news of his intentions to return home via social media without informing the club, which explains why an official release didn’t appear on our channels.

As mentioned in our previous statement regarding the club’s recruitment plans, Widnes Vikings can only comment on players that the club has recruited, re-signed or released from their contract. To comment on a player while negotiations with the club or other clubs is still on-going would be unfair and a breach of confidentiality, which explains why a comment on Hep was not previously made despite a number of questions being raised by supporters regarding his future.

It is extremely disappointing that the club has to comment on social media speculation from a small number of supporters regarding this sensitive and confidential issue, rather than using this opportunity to celebrate Hep’s career with Widnes Vikings.

Hep has always been held in high regard by Widnes Vikings, which was reflected in the decision to honour a Super League contract despite relegation to the Championship, while a number of other members of the 2018 squad were served notice. The club also made the decision to name Hep as club captain, as the club felt he was the right person to lead the team into 2019 given his vast experience in the sport and the level of respect he received from his teammates.

On May 1st, and in line with RFL operational rules, all players with contracts due to end on November 30th were contacted by the club personally, and via their representatives, to be told that the Vikings were not in a position to confirm whether a contract could or could not be offered. As part of these discussions, those players were told that they were free to start dialogue with other clubs and could do so without prejudice.

On 28th June, the club announced their intentions to move to a part-time operation in the playing department, and all players were informed that they could look for other clubs due to the change in circumstances.

The club’s 2020 salary cap budget was not confirmed by the RFL until the week commencing 26th August, meaning that prior to this information becoming available it was extremely difficult to offer players deals. As already revealed by the club, a number of the current playing squad are on fixed-term full-time deals in line with Super League contracts which have to be honoured, and this was confirmed following legal advice. These deals take up a considerable portion of the budget available for the 2020 squad, which has been substantially reduced in comparison to previous seasons.

The club would like to confirm the following information regarding Hep Cahill and rumours that have circulated in recent weeks.

Hep was made aware of the financial restrictions in place that left the club unable to offer a deal that would have been considered fair in comparison to his current contract.

Hep made the club aware of an offer from another club which they were unable to compete with, and he was advised to take the deal as the club felt that it was in his best interests. The club’s job is to build a competitive squad within the salary cap stipulated by the RFL, and this wouldn’t have been possible if that deal was matched by the Vikings.

The club were not aware that Hep would be making a statement on his personal social media account of his intentions to return home. Hence why the club did not release this information first and why the club feels the need to respond.

Given the years of exemplary service that Hep Cahill has given the club, and knowing the affinity he has with the town and its people, this has been a difficult process. However, with the transition to part-time and the circumstances the club have been through in recent times, player departures were inevitable.

Widnes Vikings would like to wish Hep and his family all the best in their future endeavours, and thank him for all of his efforts during his time with the club.