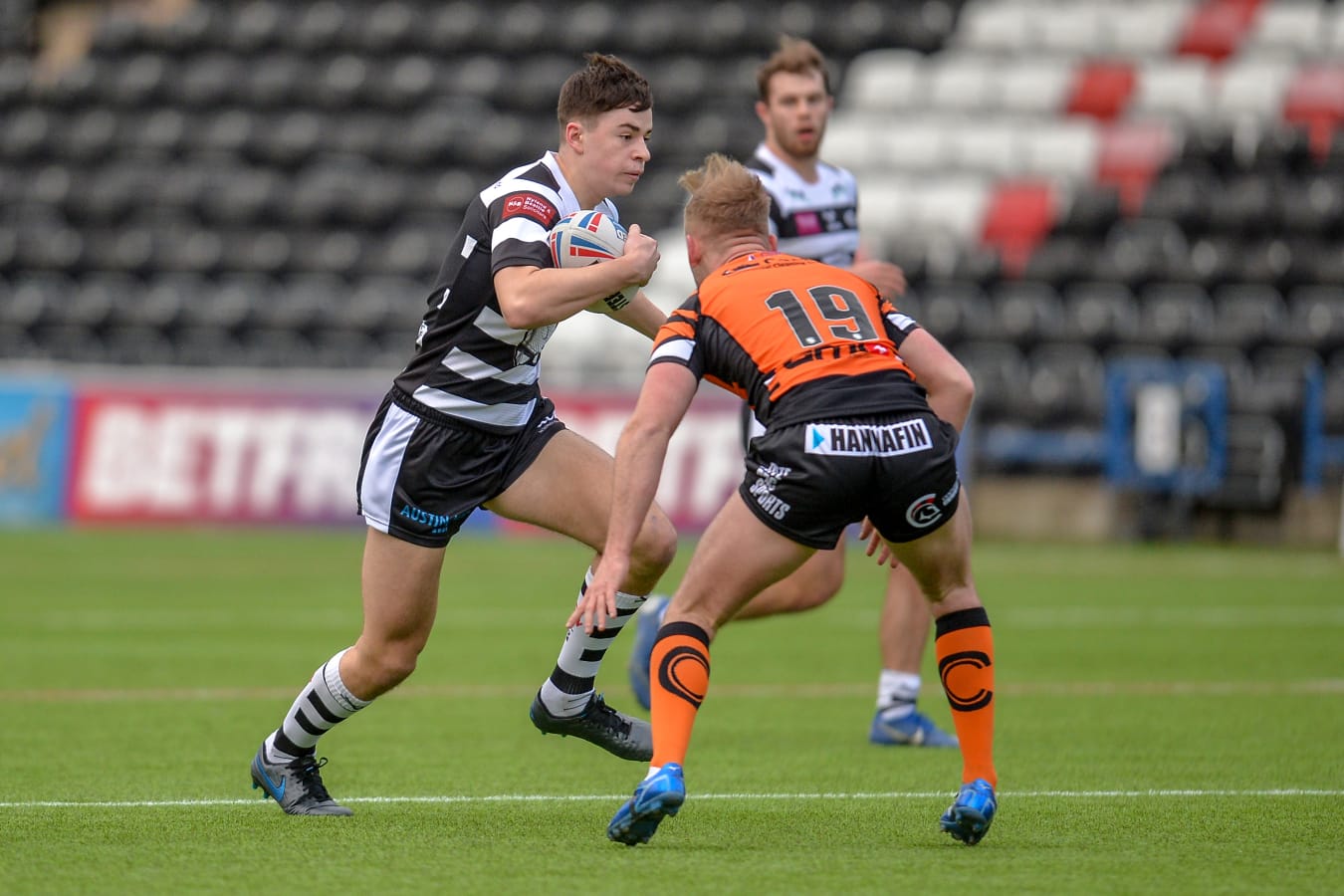 Widnes Vikings can announce that Daniel Hill and Jacob Dugdale have been selected for England’s National Academy Performance Squad.

As part of the 43-man squad, the Vikings youngsters will take part in a number of training sessions prior to the Origin fixtures between Lancashire and Yorkshire later in the year, which will lead into England selection for their tour of New Zealand and Australia.

Daniel and Jacob are part of the club’s Academy set up, however both players have made the step-up to Reserves already this season, featuring in both fixtures against Wigan Warriors and Castleford Tigers.

Both Daniel and Jacob were instrumental in the 28-10 victory over Castleford last Sunday, with the latter of the two scoring a second half brace.

Head of Youth Performance, Ryan O’Brien, commented: “It is great news for the club that Daniel and Jacob have been selected for the National Academy Performance Squad.

“Both players have been standout performers for our Academy throughout their time with the club, and have bright futures ahead of themselves here at the Vikings.

“Daniel and Jacob represented Lancashire last year and we’re hopeful they will go on to do the same again this year, which will allow them to showcase their ability ahead of England selection.”

Both Daniel Hill and Jacob Dugdale are proudly sponsored by Teeling Management for the 2020 season.