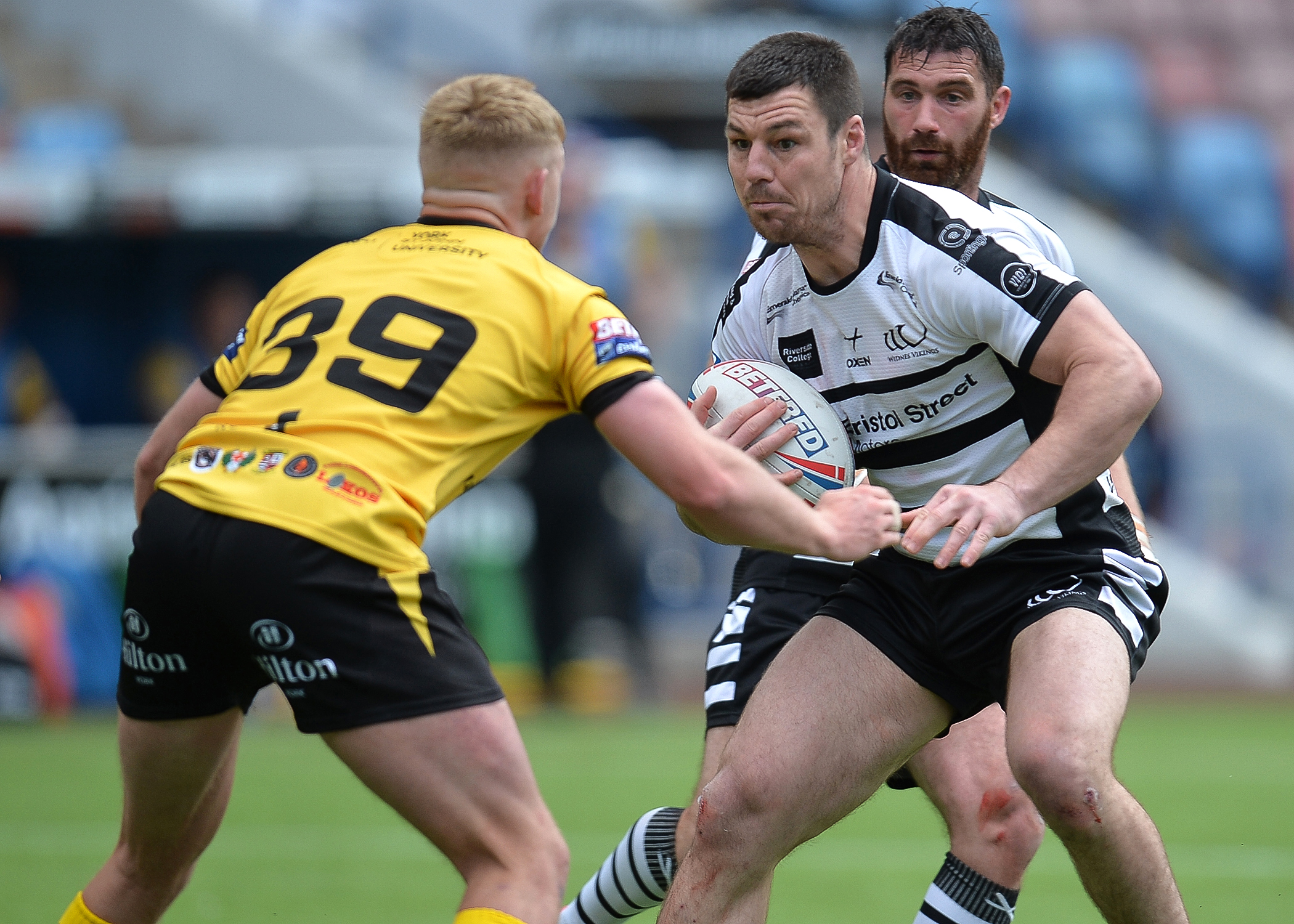 Over the weekend, we announced our plans to have supporters back at the DCBL Stadium from Sunday 23rd May, as we take on Whitehaven in Round 7 of the Betfred Championship season.

Following a number of questions raised by supporters on social media and via email, we can today give an update on the decision-making process that has led to where we currently are ahead of our next three home fixtures.

During the pandemic, we have been working closely with a new ticketing provider that had systems in place to adapt to and incorporate the ever-changing rules in relation to social distancing, due to the fact that our previous providers were unable to accommodate this.

The systems put into place were done so to make it as equally easy for supporters to purchase Season Tickets and match day tickets, in order to incorporate both sections of our supporter base.

From the beginning of our Season Ticket process, we informed supporters that until social distancing was no longer required, the South Stand would be closed to fans. There are a number of reasons behind this, as we have to abide by rules set out by the RFL in order to maintain a secure ‘Red Zone’ which houses the playing and club staff from both teams. One of the biggest issues is that the concourse areas of the South Stand are currently being used as changing rooms, due to the need for social distancing to be maintained there too.

In response to this, we will be opening the West Stand to accommodate South Stand Season Ticket holders, with availability also in the North Stand.

We enquired about the possibility of opening the East Stand, but after discussions around this have been advised it would not be possible due to safety reasons surrounding the entrance and exit points of this area of the stadium. This has been a hugely frustrating outcome for both Widnes Vikings and Halton Borough Council, but ultimately due to the restrictions currently in place it has been unavoidable.

Understandably, some supporters have assumed that the process has been very last minute, however we can confirm this is not the case. As soon as Season Tickets sales were closed, numerous seating plans had been developed to allow both ST holders and match day tickets to be accommodated.

Before signing anything off, we had to await the Safety Advisory Group meeting, who met at their earliest possible convenience to discuss independently a number of safety issues. The SAG, along with HBC, have to take into consideration how spectators access the stadium, the flow of people in concourses and stairwells and queuing outside of the ground. Along with this, the SAG have to take into account not just the spectators within the stadium, but also the impact on local amenities and surrounding neighbours.

Within this seating plan, every other row and all aisle seats have to be removed to allow for social distancing. Taking into account that we only have two stands available, this removes a significant proportion of our available capacity, and shows that it is not just as simple as having 4,000 fans (or 25% capacity) back in the ground.

Once the meeting had finished on Friday, we communicated with supporters the findings of the meeting within an hour of receiving this information. Our initial aim was to have booking live on Friday, however the changes that have come as a result of the SAG meeting needed to be implemented into our ticketing system, with this work going on throughout the weekend.

Any suggestions that the club have purposely avoided having match day tickets on sale is incorrect, as this decision will ultimately prevent us from bringing in significant income on any tickets that could have been sold.

Widnes Vikings support and understand the decisions that have been made, but that does not mean that we do not share the disappointment of our supporters who have to miss out on this fixture. Ideally, we would have loved to have had the stadium full of all of our supporters ready for Sunday’s game, but the reality of the current pandemic and restrictions in place have made that impossible.

Our fixture with Whitehaven will be the largest organised event in Halton during Covid guidelines, and if successful there may be changes made to incorporate non-Season Ticket holders. This is also dependent on any changes to government guidelines in between now and our next fixture, and any updates to how we operate will be communicated with supporters.

The final stages of testing for our ticket booking system are currently underway, and we are aiming to have this live before the end of today. Once it is live, we will share this information on our website and social media channels.