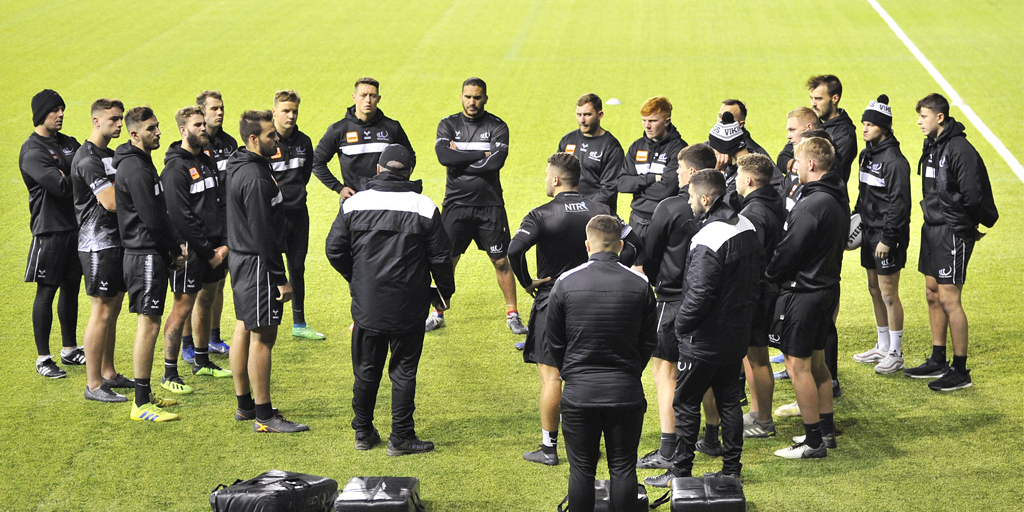 Four of Widnes Vikings’ games in the 2020 season have been selected for Our League coverage. Our three away trips to Halifax, Dewsbury and York have been picked, and kick-off times changed to 6:15pm, as well as our Bradford home fixture on Wednesday 15th April at 7:30pm.

The Rugby Football League has announced the most exciting schedule yet for live Our League coverage in 2020 – kicking off with the mouthwatering Betfred Championship opening round fixture between Toulouse Olympique and York City Knights at Stade Ernest Wallon on Saturday February 1.

The Toulouse-York game will be the first of 15 Championship fixtures available live to Our League members in the first five months of the season leading up to the Summer Bash in Blackpool at the end of May – eight of them in a Sunday evening slot (615pm kick-off) which has already proved a winner with Rugby League fans.

Five Betfred League 1 fixtures have also been selected for live coverage – including London Skolars’ home match against North Wales Crusaders on Sunday February 29 which will be played at Allianz Park, the home of Saracens RUFC, as the first part of a double-header also including Toronto Wolfpack’s home Betfred Super League fixture against St Helens.

The Skolars game will kick off at 3pm, and for the majority of weekends through the season Our League will cover two live fixtures, with the Sunday evening Championship matches complemented by Sunday lunchtime or afternoon games from either the Championship, League 1, the Betfred Women’s Super League, the Coral Challenge Cups or the AB Sundecks 1895 Cup.

The schedule also includes two fixtures from the second half of the Easter programme in the Championship – Whitehaven versus Leigh on Easter Monday afternoon, and Widnes versus Bradford on the Wednesday night.

As previously announced, Our League’s 2020 coverage will begin with the Coral Challenge Cup Round One tie between the RAF and Bentley ARLFC from Lincolnshire on Sunday January 12.

Mark Foster, the RFL’s Chief Commercial Officer, said: “We’ve worked hard through the autumn, especially with our broadcast partners Sky Sports and the Championship and League 1 clubs, to find the best way to build on the progress we made with Our League last season.

“So we’re excited to be able to announce such a comprehensive and attractive package of fixtures for the first five months of the 2020 season from January to May, covering six competitions also including the Betfred Women’s Super League, the Coral Women’s Challenge Cup, the AB Sundecks 1895 Cup and kicking off with the Coral Challenge Cup.

“The Toulouse-York match is a great way to start – the teams who finished second and third behind Toronto Wolfpack last season, who are both confident of challenging for promotion again in 2020, and with the added attraction of Toulouse’s move to the renowned Stade Ernest Wallon.

“That game will be played in Toulouse’s usual Saturday evening slot which makes sense with Sky Sports showing the Betfred Super League double header from Emerald Headingley the following day.

“But where possible we want fans to know that Sunday night is Our League night, starting the following weekend with Featherstone’s home opener against Halifax, and continuing with a series of attractive Betfred Championship fixtures which underline what a great competition it’s going to be again in 2020.

“Playing the big games on a Sunday evening, we avoid clashes with Sky Sports’ extensive coverage of the Betfred Super League. We think it’s the perfect time for us to show the quality of the Betfred Championship to a wider audience, and we’re grateful to our broadcast partners and to the Championship and League 1 clubs, who will be contributing a small percentage of their central distribution for the 2020 season to allow all this to happen.

“We also saw last season a growing audience for the Our League coverage of the Betfred Women’s Super League and Coral Women’s Challenge Cup, and we’ll be providing further details of that when the BWSL fixtures are announced next weekend.”

Sunday March 1 – Round One tie tbc

Sunday April 19 – Round One tie tbc