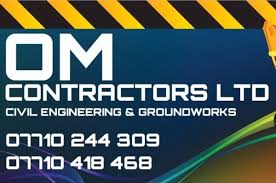 Hailing from St Helens, Danny arrived at Widnes via Blackbrook Royals and West Bank Bears and progressed through the Academy to score two goals as a substitute on his debut at Whitehaven, finishing his breakthrough  season with 5 tries and 23 goals from 8 appearances at fullback. He scored the club’s opening try on their return to Super League in 2012, and along with several consummate performances in his 18 appearances, he won the Young Player of the Year Award. ‘Cravo’ later added further experience with loan spells at Workington, Whitehaven, Halifax and Featherstone before returning to Widnes where he has now passed 150 appearances, and is closing in on 200 career games and 400 career points. Awarded a Testimonial in 2021, the Vikings’ longest serving player, and keen Liverpool FC fan, names his career highlights as the crucial win in Perpignan in 2017 and the 1895 Cup semi-Final win at Leigh. Aiming to play as many games as possible Danny would like to be seen as a leader and pass on his experience to the younger players.