Widnes Vikings will initially kick-off the 2021 campaign behind closed doors, however all Season Ticket holders will have priority access to games played in front of limited capacities.

Government guidelines announced recently have pointed towards crowds returning to stadiums from Monday 17th May onwards, with all home league fixtures played prior to this date being free to view for all 2021 Season Ticket holders via a live stream on OurLeague. (Please note, the date for a return of supporters is subject to change)

Once crowds make a return to the DCBL Stadium to cheer on the Vikings, the South Stand will initially be closed and the North and West Stands will be open for supporters. In the event that the number of Season Ticket holders is lower than the limited capacity allowed to attend, all Season Ticket holders will be allocated a ticket before the remainder of tickets are placed on general sale.

In the event that the number of Season Ticket holders is higher than the limited capacity allowed to attend, Season Ticket holders will be entered into a random ballot for a ticket. Those who are unsuccessful in the ballot will automatically be guaranteed a ticket for the following home fixture if capacity limits are still in place, and will also still be able to live stream the fixture(s) they do not receive a ticket for. 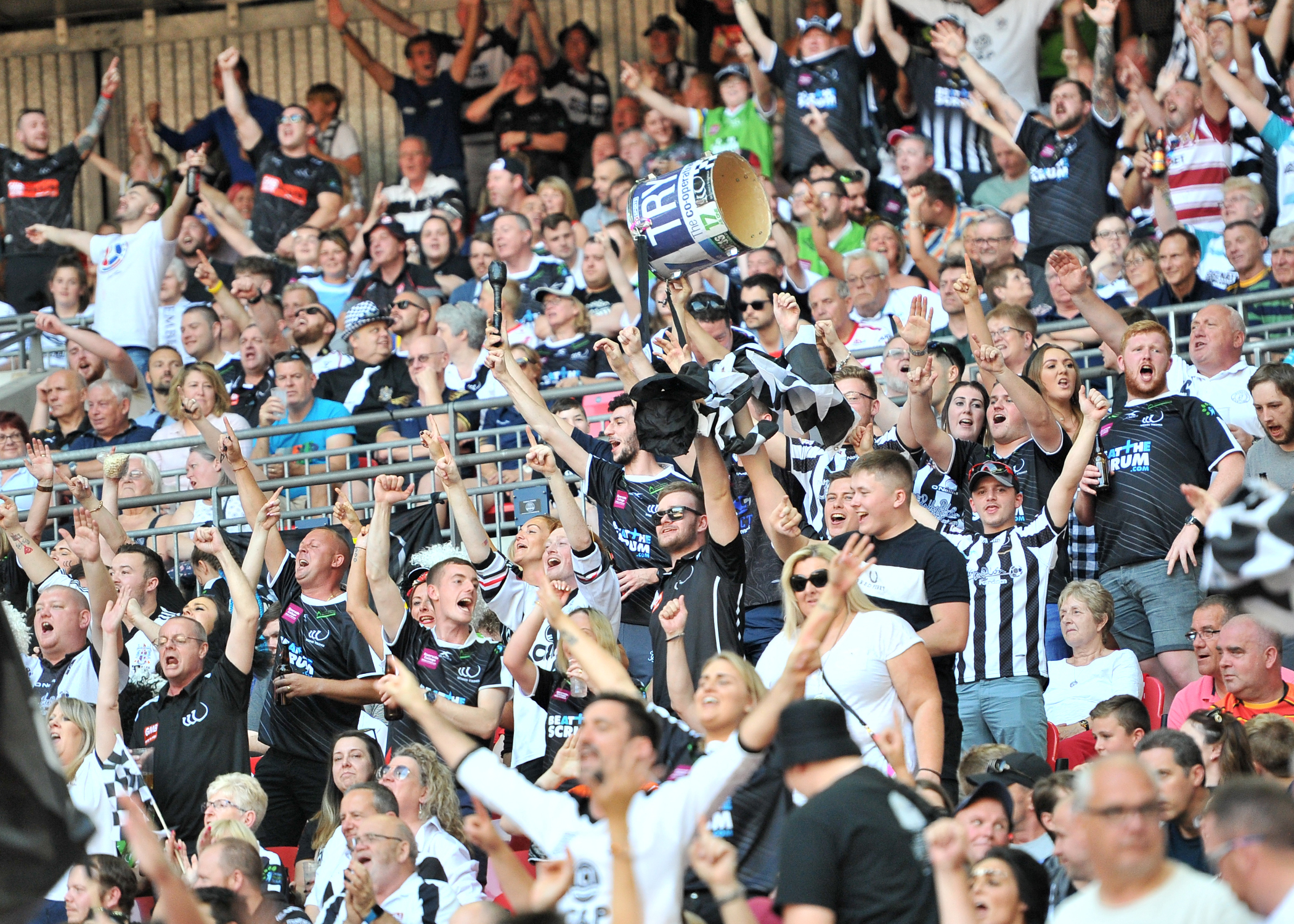 Unlike other seasons, your Season Ticket will not grant you access to the stadium on match days while social distancing measures are in place.

In the week leading up to a fixture which supporters are allowed to attend, Season Ticket holders will need to visit our online ticketing platform and select an allocated seat in either the North or West Stand. Only supporters from the same household will be able to book seats next to each other, with other supporters being socially distanced.

When selecting a seat, you will be emailed an e-ticket which must be used to gain entrance to the stadium on match days, either by using this ticket on your mobile device or printing it out and presenting a physical copy. Supporters who turn up with their Season Ticket card only and not their e-ticket will not be allowed entry to the stadium while social distancing measures are in place.

WILL I BE SAFE ATTENDING FIXTURES AT THE DCBL STADIUM?

Widnes Vikings have worked closely with Halton Borough Council, the Rugby Football League and Future Ticketing to ensure that every attempt has been made to prioritise the safety of our supporters when their attendance is allowed at our home fixtures.

Social distancing measures will be in place, with our online seat reservation system ensuring that only those from the same household will be allowed to sit next to each other. All other supporters will be socially distanced, with one-way systems in place around the North and West Stands to ensure you remain safe for the entirety of your time spent with us.

Stewards will be on hand to assist and ensure that social distancing has been adhered to and that all of our supporters remain safe.